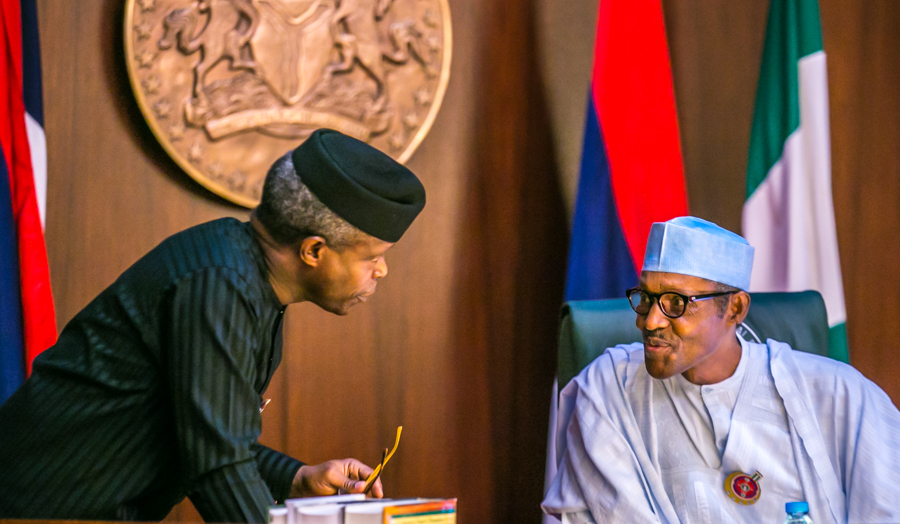 [dropcap]G[/dropcap]overnor Samuel Ortom of Benue State, blasted the Buhari administration’s management of the herdsmen threats Saturday, blaming the president, vice-president Yemi Osinabjo for the killing of 73 persons slaughtered in the state.

Ortom said,  the heinous actions by the herdsmen are a consequence of the Buhari led administration’s weakness and irresolution.

The governor, while lamenting the brutal killing of his people, told the Senate Adhoc Committee on Security Infrastructure, that when he got the information of the planned seige by Fulani herdsmen on targeted communities in Benue State, he immediately wrote a letter to the Vice President, Yemi Osinbajo, who was acting on behalf of President Buhari, who was away for medical treatment in London.

“We wrote to the Vice President on the planned attack on parts of Benue by Fulani herdsmen, because the word was everywhere on the street, but he refused to reply.

“And when there was no response, and when Mr. President came back, I personally went and intimated him, and also wrote. The documents are here, I will hand them over to you. I wrote to him on the planned attack by Fulani herdsmen because this threats were on the streets.

“I intimated Mr. President and it was put into writing. On the same October 7, 2017, I wrote to the Inspector General of Police.  I told him of a planned attack on our people when there was no response. October 27, 2017, I reminded him that these people are planning to attack us, we are law abiding, we have disarmed our youths, and we are looking unto security agencies. And the way to do it is to arrest those people who were inciting the herdsmen to combat us, and we knew they were going to come.

According to him, additional efforts were made by the Benue State Government to draw the attention of the National Security Adviser, Babagana Monguno, to the threat which was contained in a separate letter addressed to him, but still got no communication from him.

“These people were all over the place; on television, in papers, doing various press conferences, and they eventually took us to court. But we felt that it is a crime for anyone to incite people against us with the purpose of killing or causing harm, destruction.

There was no response. Of course, the National Security Adviser invited us for a meeting two times but it was put off.” “This is very sad. Those people who are responsible for these killings, I know. I accuse them and I have evidence against them. They are on newspaper publications, they are on video, they are on audio, and they are known.” “If I had wanted to buy guns, I wouldn’t wait. But if I bought guns and gave to those people, would my people have been killed in the manner they were killed?  I disarmed the people. I’ve not bought a single gun, I’m a Christian. If I bought, I would say yes.

On allegations by Plateau Governor, Solomon Lalong, that he was warned against introducing the anti-grazing law in Benue, the Benue governor said: “How can you warn me? Am I the governor of Plateau State, Or am I his staff? Do I work for him? I’m Governor of Benue State, and my responsibility is to do what my people want. That is what democracy is. “So when you castigate people about because you were induced by someone, and you come out to make those kind of statements, then it’s unfortunate.

“Remember, this is the same man, a double standard person, who told me when I visited Jos three weeks ago, that he is under pressure by his people to do the same law that I did in Benue State. He told me this, he never warned me anywhere.

He’s just trying to use that to blackmail me, what crime have I committed.” Ortom continued: “Is this how we want to continue as a country? Where some people are given privilege to be lawless?

Benue state have been rocked by attacks from suspected Fulani herdsmen in a new wave of violence which primarily stems from disputes over grazing areas for cattle.

Attacks in villages in Benue state since the start of January have left 73 people dead. With communities razed and buildings destroyed.