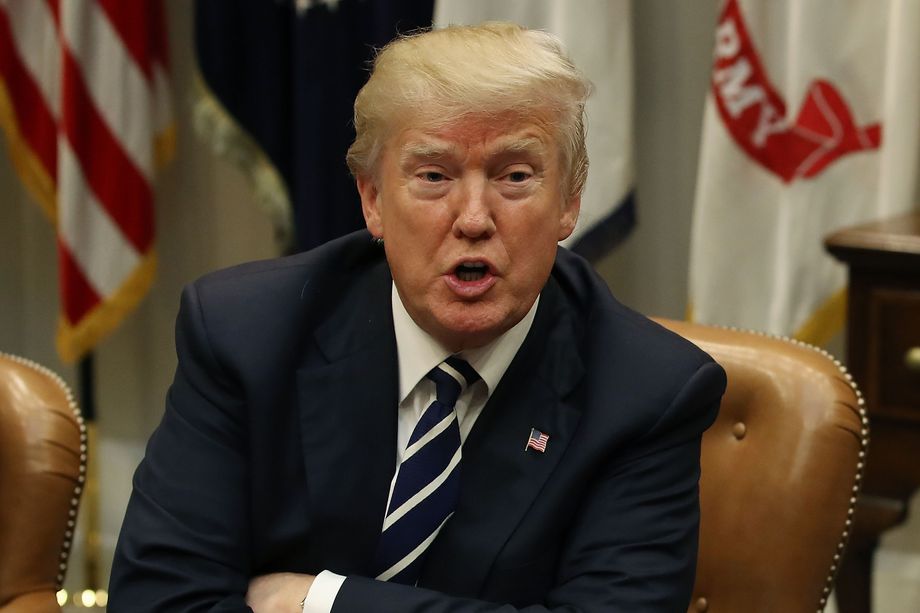 President Donald Trump reportedly referred to Haiti and countries in Africa as “shithole countries” and called for more immigrants from places like Norway at an Oval Office meeting with lawmakers.

The US President reportedly made the racist remarks on Thursday.

The meeting was intended to hammer out an immigration deal that would extend protections and offer a path to US citizenship to some recipients,

A report in December recounted a meeting in the Oval Office at which Trump railed against the recipients of US visas in 2017. During it, he reportedly complained Haitians “all have AIDS” and Nigerians would never “go back to their huts.” The White House denied Trump made those remarks.

Commentators and social media users have blown up over the 71-year-old’s crude insult to Africans.

The White House did not deny the President made the remark. Spokesman Raj Shah said in a statement: “Certain Washington politicians choose to fight for foreign countries, but President Trump will always fight for the American people.

“He will always reject temporary, weak and dangerous stopgap measures that threaten the lives of hardworking Americans, and undercut immigrants who seek a better life in the United States through a legal pathway.”