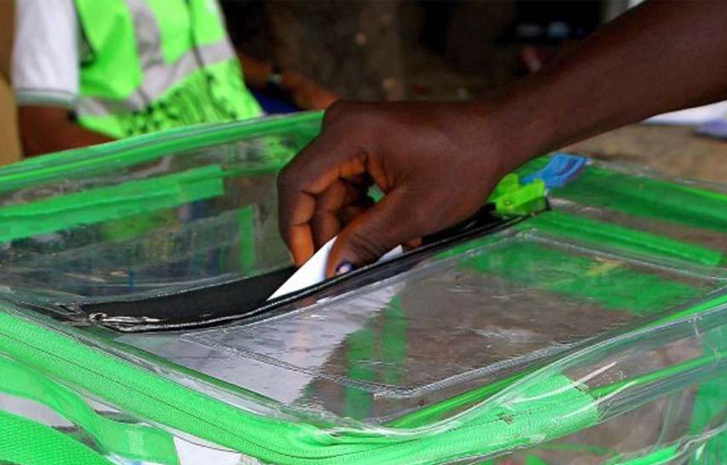 Majority of Deltans who are voters have rejected the Local Government elections   results announced on Saturday describing it as ‘sham elections’.

“The results of the election should be rejected,”  dozens of voters said on Monday.

This is coming as angry voters were said to have stormed the Ughelli North Local Government Area office of the Delta State Independent Electoral Commission  (DESIEC) setting it ablaze in protest of non supply of election materials to the Wards and units for the election.

Election observers in their report noted that materials for the exercise were hoarded in areas considered  to be APC strongholds in the state.

” The effort over the weekend to truncate the will of the people of Delta State during the LG elections is unfortunate and saddening, said a chieftain of the All Progressives Congress, APC Olorogun Rume Ima Niboro, while giving his impression of the exercise.

Niboro described the exercise as fraudulent and frustrating.

“It is an ill wind. It would certainly blow no good going forward to 2019. Mark my word. All right thinking Deltans, whether you are a politician or not, have genuine cause for worry”

Niboro further wondered, “how do you conduct elections without result sheets? It is like writing an exam without answer sheets”.

On its part the Delta State All Progressives Congress APC through the State Chairman Prophet Jones Erue has condemned in its entirety the Saturday polls demanding for a total cancellation in all the twenty five local government council disassociating the party from participating in any rerun elections.

The Delta State APC message read “For the record, we want to reiterate that the elections purportedly organized by the Okowa led PDP government in the entire State was a fraud. The Okowa Government rigged his own election by confiscating all sensitive election materials including result sheets and then resorted to writing all the results and handing same to DESIEC to announce”

“In the attempt by the APC to  insist on all sensitive materials including result sheets be provided to allow a free and fair election, the PDP resorted to violence that was witnessed throughout the 25 LGAs of the State. In summary no elections took place anywhere in Delta state”

The APC further demanded that it has always been prepared for the LGA elections condemning what its described as “grotesque and brazen sabotage” of the will of the people of Delta State in the so-called election that Okowa and his lackeys in DSIEC organised last Saturday, January 6, 2018 in Delta State.

DeltaElection
Share
Subscribe to our newsletter
Sign up here to get the latest news, updates and special offers delivered directly to your inbox.
You can unsubscribe at any time

Buhari: Between yesterday and tomorrow by Reuben Abati