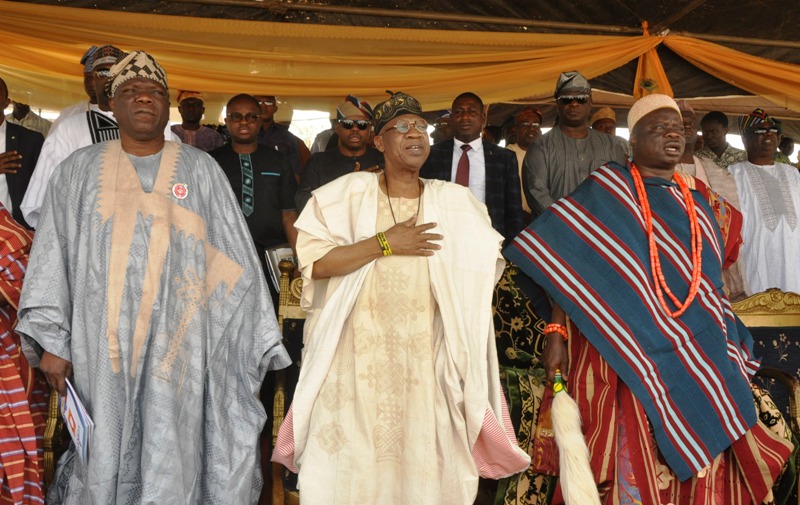 The Minister of Information and Culture, Alhaji Lai Mohammed, has said the local wrestling contest in Offa, Kwara State, called ‘Ijakadi Festival’, will now be included in the National Festival Calendar.
“It is my pleasure to say that my ministry is going to put this particular festival on our own calendar. We have an MoU with the British Council through which, every year, we train festival managers all over the country. I want to assure you that in 2018, they (Ijakadi festival managers) will benefit from this training,” he said.
The Minister, who made this known at the 2017 ‘Ijakadi Festival’ in Offa on Saturday, said the people in charge of the festival will also be trained under a (training) programme for festival managers, being jointly implemented by the Federal Ministry of Information and Culture and the British Council.
“What we have come here to celebrate is a history that goes back to the 14th century, and I want to seize this opportunity to congratulate Kabiyesi, the Olofa of Offa, that after almost a hiatus of 30 years, when there was no festival, the festival was reborn in 2012 and every year it’s getting bigger and bigger,” the Minister said
Alhaji Mohammed assured the organizers that the Federal Government will leverage the power of Information and technology to promote the festival, with a view to attracting domestic and international tourists, thus improving the economy of the state.
He congratulated the organizers of the festival for reviving it in 2012, after over three decades, and said the decision to raise its visibility could not have been timelier, considering the determination of the Buhari Administration to make the Creative Industry a pillar of the economy, under its economic diversification policy.
Highlights of the Ijakadi Festival include traditional dances, parade by districts, wrestling bouts and horse racing.
Other dignitaries at this year’s festival included the Minister of Communication, Mr. Adebayo Shittu, and the Olofa of Offa, Oba Mufutau Muhammed-Gbadamosi, and the President of the Offa Descendants Union, Alhaji Najeemdeen Usman Yasin;
SHARE THIS ARTICLE