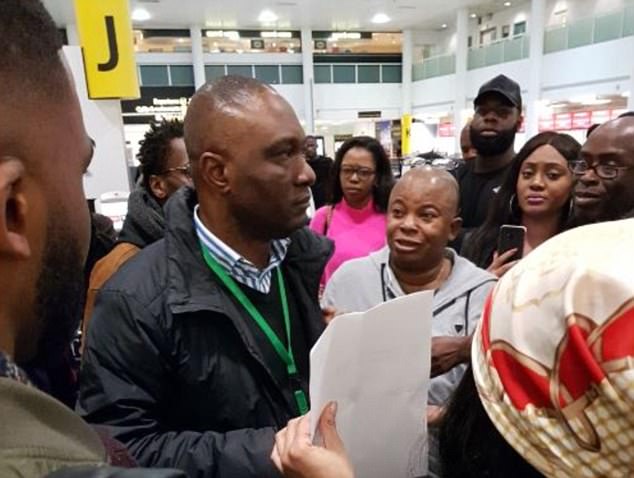 Medview airline is the latest carrier to be under fire for its treatment of passengers after cancelling several Lagos bound flights.

Up to 800 passengers have been stranded at Gatwick Airport for five days with dozens  sleeping on the floor since Friday, and may not get a flight until the new year.

Med-View blamed technical problems which are said to have put one of its three planes out of action.

But furious customers, some of whom paid more than £1,000 for a ticket, accused the company of ‘abandoning’ them.

Police were called to the South Terminal to maintain control amid angry scenes as passengers took on airline officials. One woman became dizzy and collapsed at 10.20am on Wednesday and was treated at the scene by South East Coast Ambulance Service. 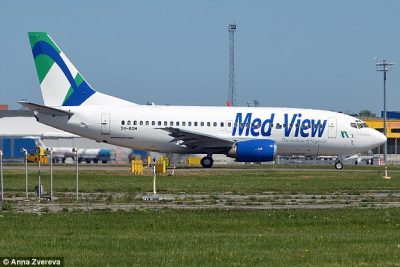 One passenger feared she was going to miss her sister’s wedding because of flight cancellations.

She wrote on Twitter: ‘Why can’t you f***ing provide an alternative for people, it’s been 4 days now and we all just here with no refunds no words from you, no assurance nothing!!!!

‘I’m supposed to be my sister’s maid of honour and these people are ruining everything.’

Gatwick Airport said: ‘Due to a lack of available aircraft, a significant number of Med-view passengers have not flown out as expected and are currently still at the airport. Gatwick would like to apologise on the airline’s behalf.

‘Airport staff are also assisting these passengers where possible and will continue to work with the airline and other authorities to ensure that Medview honours its commitments to their passengers.’

We are currently doing everything possible to get back on schedule, the airline said.

If you have ever had a flight delayed due to the weather, been stuck waiting in line to reschedule a flight, or even had a flight cancelled as you sat near the gate, you know how frustrating air travel can be. You get so upset with the wasted time you want to trash the place, hoping they’ll put you on a plane just so you will be as far away from them as possible.

Medview
Share
Subscribe to our newsletter
Sign up here to get the latest news, updates and special offers delivered directly to your inbox.
You can unsubscribe at any time

Buhari appoints 209 board chairmen and over 1,000 members