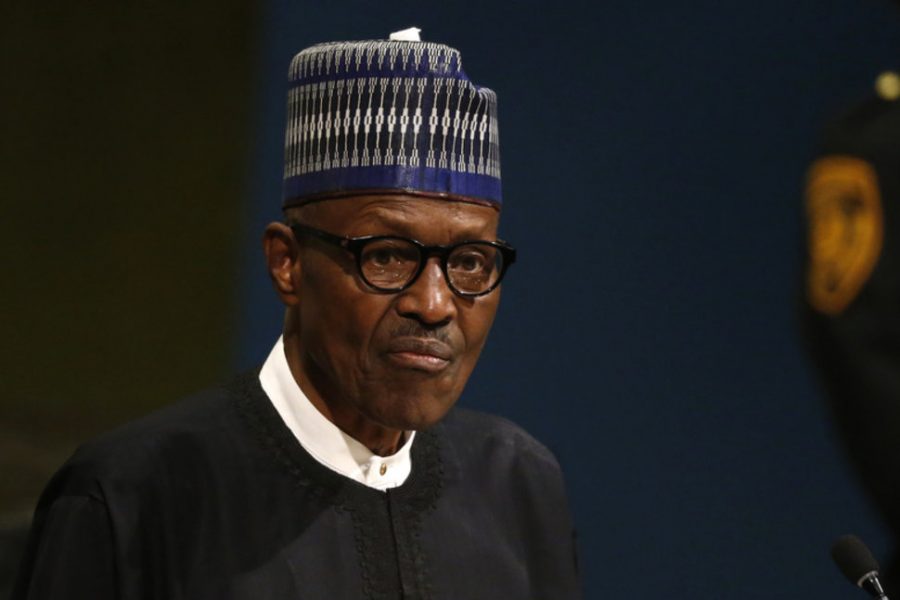 Many Nigerians are stunned by the transformations in the health of the Nigerian president as he looks refreshed and healthy each day since his return from medical vacation. President Muhammadu Buhari on Christmas day revealed the  reason behind his healthy looks.

“I am very grateful for taking time out on a very important day to come out and spend it with us. It has been a tumultuous year, I am thinking I am 75, I thought I was 74, but I was told I was 75, I have never been so sick, even the 30 months civil war I was stumbling under farm of yams or cassava but this sickness I don’t know but I came out better, because all those who saw me before and when I came back said I look much better, Buhari said at his official residence at the Presidential Villa, when he received the Minister of the Federal Capital Territory, Mohammed Bello who led a small delegation drawn from the christian community in Abuja to pay Christmas homage to the President.

According to him, while as an army general he could give orders, the sickness had forced him to take orders from doctors, hence he is looking good and better.

“But I have explained to the public that as a General I use to give orders, now I take orders the doctors told me to feed my stomach and sleep for longer hours that is why I am looking much better.”

According to the President, the need for good neighbourliness cannot be overemphasized, especially now that maintaining peace has been confirmed to be much more economical than prosecuting war.

“I thank you very much for being very good neighbours, including the one on my left (referring to Senator Philip Aduda).

“I thank you very much for coming and making all the sacrifice because today is a crowded day for me from early in the morning until maybe the following morning with the family and friends and neighbours and one thing I learnt to respect is good neighbourliness both at individual and national level.

Buhari who admitted that the outgoing year 2017 would go down in history as a really tough one for Nigerians, said that he felt the pains the citizens must have been going through.

“It has been a tough year for Nigeria and I hope next year will be a much more prosperous one but those listening to the press are the majority of us, the rainy season was very good and some states have got very good information from home, I never knew that the people from Kano who are more resourceful used to go to my area and hire farms, this year nobody hired farm, and nobody regretted it.

He prayed that the year 2018 will bring with it greater prosperity and succour, even as he expressed satisfaction that majority of Nigerians took to his advise and embraced farming as a means of livelihood.

“Again, the second one from the Governor of Sokoto state said all the people that really used to go to Mecca are farmers but he didn’t tell me if they took additional wives. But I am very pleased people have gone back to the land with very good harvests and taking their priorities and the good thing about farming is if you don’t put your hope on neighbour, hope on the government, once you pay your debt nobody ask you what you do with the balance and nobody ask for interest this is one good thing about farming.

“But other things I think the burden will be on my neck, I thank you very much for coming especially the religious leaders, I am very pleased you are doing your best from the intelligence I am getting to make sure that people live as good neighbours and good Nigerians”.

Earlier the FCT Minister,Mohammed Bello revealed how the administration averted a crisis that would have resulted in a bleak Christmas for the residents of the federal Capital Territory.

He said some youths in the Bwari Area Council, a suburb in the FCT clashed in the course of celebrating the Christmas.

Bello said it took the timely intervention of security operatives in the FCT to put the situation under control, adding that such was the leadership feature which the Buhari administration has been providing in Nigeria in general.

The delegation who paid homage to the President  were drawn from the National Assembly, represented by Senator Philip Aduda,the Secretary to the Government of the Federation, Boss Mustapha, some members of the Federal Executive Council, FCT judiciary, Council Chiefs, Council Chairmen in FCT including some political leaders in the FCT.