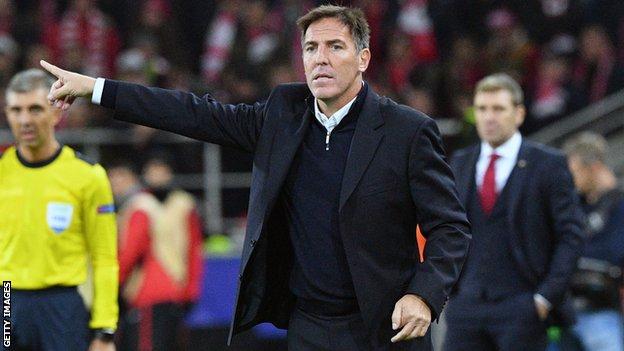 Sevilla Football Club announced on Friday that they have sacked coach Eduardo Berrizo less than halfway through the season.

Berizzo joined Sevilla in the summer after spending three seasons with Celta Vigo, but had to take a rest from his position in November after being diagnosed with prostate cancer.

He returned to the Sevilla bench a week ago, just 17 days after his operation, to oversee a 0-0 draw at home to Levante and was also in charge for Tuesday’s 3-1 defeat away to Real Sociedad.

His condition was made public after Sevilla came from three goals down to draw 3-3 with Liverpool in the Champions League group stage on 21 November.

In a statement, Sevilla said the process to find a new head coach had started.

Former Barcelona coach Luis Enrique and former Malaga and Osasuna boss Javi Gracia are among the favorites to replace the Argentinean at the Sanchez Pizjuan.

Sevilla
Share
Subscribe to our newsletter
Sign up here to get the latest news, updates and special offers delivered directly to your inbox.
You can unsubscribe at any time

Golden Messi lifts the World Cup for Argentina after 36 years