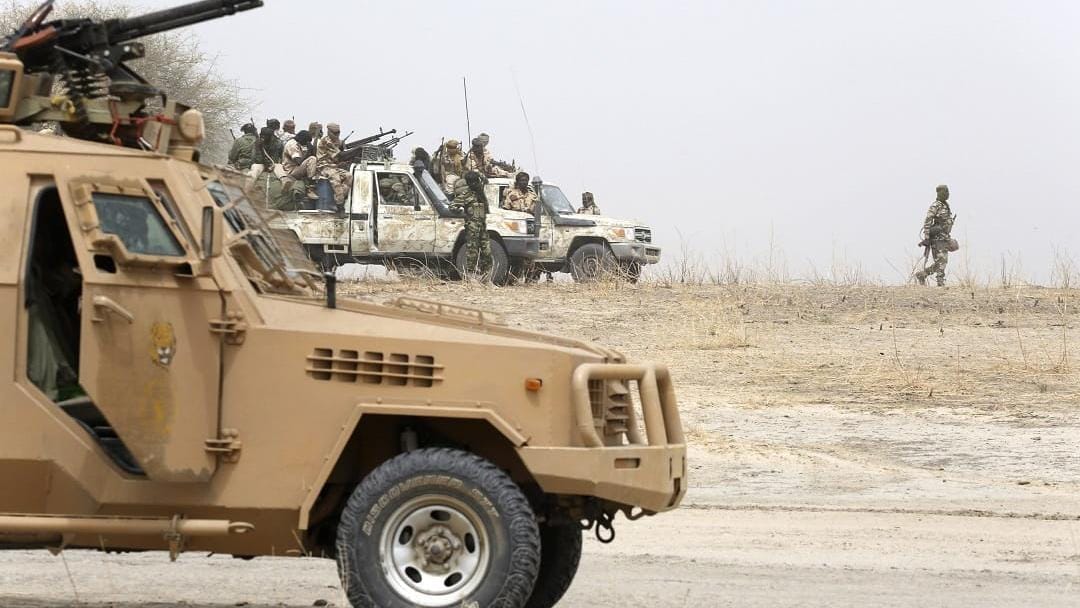 Socio-Economic Rights and Accountability Project (SERAP) on Sunday said president Buhari owes the Nigerian people an immediate explanation” for its secret  decision to withdraw the sum of $1 billion from the Excess Crude Account to fight Boko Haram insurgency in the North East.

In a statement today by SERAP deputy director Timothy Adewale, the organization said: “Nigerians should have some sense of what it is the government is doing in our name, especially against the background of the declaration by the authorities that the anti-insurgency war has ended and the Boko Haram terror group defeated, as well as the unresolved questions on how over $2bn was spent by former Jonathan administration to fight Boko Haram. The government also ought to tell Nigerians whether and how the legal requirements for approving the extra-budgetary allocations were met.”

The money was approved by the governors during a meeting last Friday of the National Economic Council (NEC) presided over by Vice President Professor Yemi Osinbajo.

The organization said that, “As a government presumably pursuing a change-agenda, Buhari should do things differently from the former Jonathan administration including by proactively engaging the Nigerian people in an honest conversation about the fight against Boko Haram and the use of the public funds so far invested to prosecute it.”

The statement read in part: “The Nigerian people do not have sufficient information at hand to evaluate, much less influence, the government’s policies, strategies and funding to end Boko Haram insurgency. Nigerians need to know the level of success that has been recorded against Boko Haram, and the security situation in the North-east, as well as the amount of public funds that have been invested to combat terrorism.”

“The success of Nigerian constitutional democracy ultimately depends upon an informed citizenry. The government should therefore emphasise transparency over secrecy on the spending on Boko Haram. Buhari should keep Nigerians up-to-date about what he’s doing to end Boko Haram, including by explaining why $1bn is needed at this time to fight the insurgency.”

“Indeed, the health of our democracy depends upon the government’s willingness to ensure that the policies and programs it pursues in the interest of national security are truly relevant and effective in keeping us safe.”

“The vitality of citizens’ check on governmental powers, especially on the spending of our commonwealth, depends upon the availability of information. The citizens need to know about governmental actions and policies in order to exercise their checking power including at the polls. The only effective restraint upon executive policy and power may lie in an enlightened citizenry.”

“Transparency in the spending on Boko Haram would also have an indirect effect on other branches in the sense of setting an example and changing the background tone of government. Such disclosure helps to ensure government’s adherence to the rule of law and promote confidence in the lawfulness of governmental action.”

“Since the start of the Boko Haram insurgency, Nigeria defence and security budgets have increased significantly yet there has been no resolution of the conflict; and troops in the front line have reportedly complained of lack of military equipment and resources to fight Boko Haram insurgents and restore full security. For instance, in 2014 about N340billion (US$1.7billion) was allocated to the military. Funds allocated to the military was the largest in Nigeria’s federal budget in 2014.”

“In October 2014, the National Assembly approved a request to borrow US$1billion as an additional amount for purchase of military equipment. In 2015, about N375billion (US$1.8billion) was allocated to the military in the federal budget. In 2015, an interim report of the presidential investigations committee on arms procurement under the Jonathan administration revealed an extra-budgetary spending to the tune of N643.8 billion and an additional spending of about $2.1 billion under the Jonathan administration.”

“The investigation indicated that about $2.1 billion was inexplicably disbursed into the office of the National Security Adviser in procurement of arms to fight Boko Haram insurgency, but was not spent for the purpose for which the money was disbursed.”

“The lack of transparency and accountability in military spending, during the administration of former president Jonathan, has led to the inability of the military to adequately protect people against the violation of their rights by Boko Haram in the northeast of Nigeria.”

“The Economic Community of West African States (ECOWAS), which Nigeria is a key member, has accountability, economic and social justice and popular participation in development as part of the fundamental principles in the Revised Treaty ECOWAS. In a similar way, the Charter of the Commonwealth, which Nigeria is also a member, has as its core principles mutual respect, inclusiveness, transparency, accountability, legitimacy, and responsiveness.”

“Some persons alleged to have embezzled funds meant for the fight against Boko Haram insurgents are currently being prosecuted while other people are being investigated. It is important for the government to accelerate this process by ensuring that the investigation and prosecution of all persons alleged to have embezzled our commonwealth is not delayed.”

“A speedy prosecution will serve as a deterrent and ensure that Nigerians, particularly those in the northeast whose human rights have been violated, are not denied justice and reparation. The government should provide all investigating and prosecuting agencies with adequate funding and manpower required for speedy investigation and prosecution of corruption linked to the fight against Boko Haram.”

Buhari at 75: Why God kept him alive