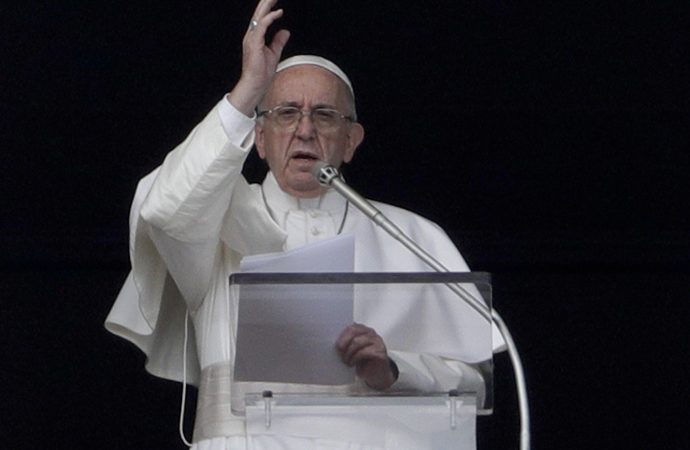 Pope Francis on Sunday prayed for the swift release of six Catholic nuns kidnapped one month ago in Nigeria, joining his appeal to one issued by the bishops’ conference.

“From the heart, I unite myself to the appeal of the bishops of Nigeria for the liberation of the six Sisters of the Eucharistic Heart of Jesus, kidnapped roughly a month ago from the convent in Iguoriakhi,” the pontiff said, referring to the city in southern Nigeria where the sisters resided.

“I pray with insistence for them, and for all the other people who find themselves in this painful situation,” the pope said. “May they, on the occasion of Christmas, finally return to their homes.”

The pontiff then led the crowd in praying the Hail Mary for the missing nuns.

During the night of Nov. 13, unknown armed gunmen entered the formation house where the sisters lived, robbed the residence, and then took the six women away using speedboats positioned on a river nearby. According to local press reports, the same gunmen had been in the area for several days, at one point engaging in a gun battle with police that left one police officer dead.

The Conference of Major Superiors in Nigeria, the nation’s main umbrella group for Catholic religious orders, called for setting aside Dec. 2 as a day of prayer for the sisters’ release.

On Dec. 15, the bishops’ conference issued its own statement, saying that “agents of darkness continue to hold our people to ransom through kidnapping, armed robbery and other dehumanizing activities.”

“We are saddened and pained by the continued detention of our daughters, the Sisters of the Eucharistic Heart of Jesus, who were kidnapped almost a month ago in their convent in Iguoriakhi, near Benin City.”

“We appeal to those holding them to please heed our appeal and immediately release them,” the bishops said.

The appeals for the six sisters come after three other kidnapped Catholic nuns, in that case from an order called the Daughters of Mary Mother of Mercy, were released on Nov. 14 after two days in captivity.

FrancisNunPope
Share
Subscribe to our newsletter
Sign up here to get the latest news, updates and special offers delivered directly to your inbox.
You can unsubscribe at any time

Buhari at 75: Why God kept him alive