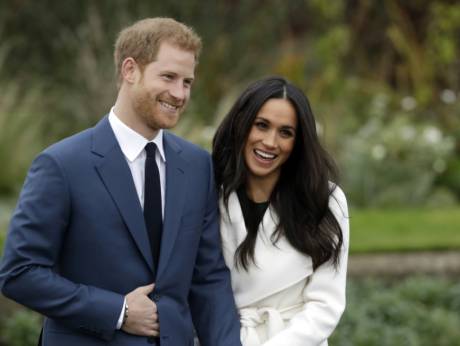 Britain’s Prince Harry and his American fiance, Meghan Markle, will marry on Saturday May 19, Kensington Palace has said.

Queen Elizabeth’s grandson, fifth-in-line to the throne, and Markle, who stars in the US TV legal drama Suits, announced their engagement last month with the marriage to take place in St George’s Chapel at Windsor Castle.

“His Royal Highness Prince Henry of Wales and Ms Meghan Markle will marry on 19th May 2018,” Kensington Palace said in a statement.

The couple have chosen to marry in Windsor, west of London, because it is “a special place for them”. Harry’s 91-year-old grandmother, Elizabeth, will attend the ceremony.

Markle, 36, who attended a Catholic school as a child but identifies as a Protestant, will be baptised and confirmed into the Church of England before the wedding.

She intends to become a British citizen, although she will retain her US citizenship while she goes through the process.

The Gothic St George’s Chapel is located in the grounds of Windsor Castle, which has been the family home of British kings and queens for almost 1,000 years.

Meghan MarklePrince Harry
Share
Subscribe to our newsletter
Sign up here to get the latest news, updates and special offers delivered directly to your inbox.
You can unsubscribe at any time