BUA VS DANGOTE: Fights over mining site heats up 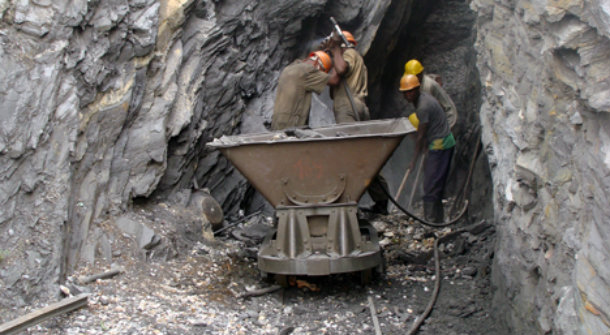 [dropcap]T[/dropcap]he fight between BUA Group and Dangote Group over the contentious mining site (No. 2541ML) is gradually turning the quiet site into a deadly battleground.

Per Second News exclusively gathered that early this week hired thugs in their dozens attacked the site which is currently being occupied by BUA group, the thugs temporarily took control of the site, dropping behind 3 Dangote containers.

The new developments are particularly disturbing in light of mounting attacks,  provoking fresh outcry from human rights and environmental organizations.

The thugs allegedly attacked the site with their shields and the butts of their firearms, said a guard working at the site.

He said the thugs forcibly entered the property using their arms to aggressively alter the site.

The fight came to a head on Tuesday morning with another group of thugs dislodging  the alleged Dangote thugs, returning the site back to BUA Group.

Meanwhile, a federal high court sitting in Lokoja, Kogi State Capital has ordered Dangote Group, Dangote Cement Plc, Obajana Cement Plc, Dangote Industries and their subsidiaries in a judgement against them, to pay the sum of N2,697,125,000 billion in a mining dispute brought against Dangote by a mining firm, Quest Two Enterprises ltd.

In his judgment, the trial judge Justice Ayua of the Federal High Court, Lokoja averred that the Dangote General Manager, Mr. Victor Mohan, who was also the sole witness admitted under cross-examination that his employers, Dangote Group, effectively shut down operations of the company by dismantling power lines belonging to the company and disrupting their operations. Despite agreeing to pay compensation for these acts to the plaintiffs, the judge also noted that the defendants failed to live up to the terms of the agreement to pay any compensation to the plaintiffs.

This new development comes as Dangote is fiercely battling another mining dispute with cement giant, BUA Cement, in which the Chairman of BUA recently wrote an open letter to the President claiming that Dangote in collaboration with the Ministry of Mines & steel illegally entered its Mining areas with a view to disrupting and sabotaging operations at BUA’s Okpella cement plant despite a court order restraining Dangote and the Ministry from claiming and or moving to the site.

“Our cement business has of late come under intense, consistent attacks … as the minister Kayode Fayemi, Dangote group and their cohorts have sought to employ instruments of state … to forcefully wrest control of our mining areas,” BUA’s chairman, Abdulsamad Rabiu, in a letter to President Buhari.

Rabiu, said Dangote group was undermining security around his plant in Edo state,

“The ministry had earlier in 2015 issued a stop work order on this same disputed site but the BUA Group disregarded the order and went ahead with its illegal mining activities, under heavy cover of armed soldiers, policemen and men of the Nigeria Security and Civil Defense Corps, said the ministry of mines and steel.

According to the Permanent Secretary, Mohammed Abass, in the records of the Ministry of Mines and Steel Development and the Nigerian Mining Cadastre Office, the BUA Group did not have a mining lease over the contentious site (No. 2541ML) and was therefore engaged in illegal mining.

The feuding brothers both from Kano says they are legally justified in using force to defend their property, according to sources in the know.

BUADangoteMINING SITE
Share
Subscribe to our newsletter
Sign up here to get the latest news, updates and special offers delivered directly to your inbox.
You can unsubscribe at any time

Everything You Need to Know About Scarface Legend Al Pacino