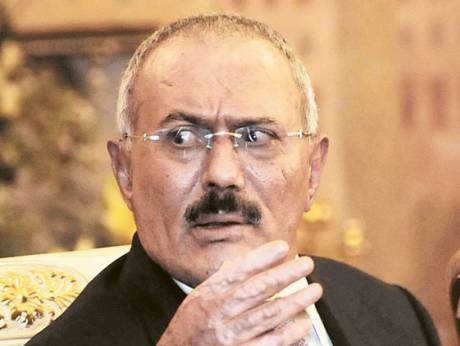 [dropcap]A[/dropcap] video by Yemen’s Al Houthi militants showed the slain body of the country’s former leader Ali Abdullah Saleh. Officials from various sides, including Saleh’s party, have confirmed that the video shows the former powerful president, and that Saleh was assassinated by Al Houthis.

The video, apparently shot by one of the attackers, showed an Al Houthi crowd picking up Saleh’s dead body, wrapped in a blanket, off the ground and lifting it onto a pickup truck. Saleh’s eyes appear wide open, the back of his head badly injured, and his shirt blood stained under a dark suit. The footage show the crowd shouting “Praise God!” and “Hey Ali Affash!”, another last name for Saleh. 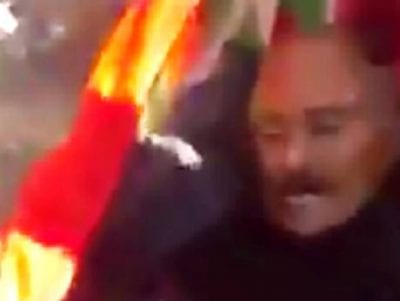 A senior Yemeni government official and some of Saleh’s associates, such as Nabil Al Soufi and Ali Al Bukhiti, confirmed his death on social media and TV interviews.

Mahmoud Azani, a UK-based Yemeni politician and academic, told Gulf News he expected the war to be “more violent in the future. First, Saleh’s killing will lead to a major shift in the existing alliances. He had followers and supporters among the Yemeni people, and there will be a reaction to his [gruesome] killing.”

Al Houthis, Azani said, “had prepared for this for a long time, and were waiting for the right moment to carry it out”.

Saleh ruled Yemen for more than three decades until he was forced to resign following an Arab Spring uprising in 2011. He remained in the country, however, and continued to wield power from behind the scenes. In 2014, his forces allied with Al Houthi militia, despite the fact that as president he had gone to war with them on more than one occasion.

Yemen
Share
Subscribe to our newsletter
Sign up here to get the latest news, updates and special offers delivered directly to your inbox.
You can unsubscribe at any time

Swiss to return $321 million in stolen funds to Nigeria