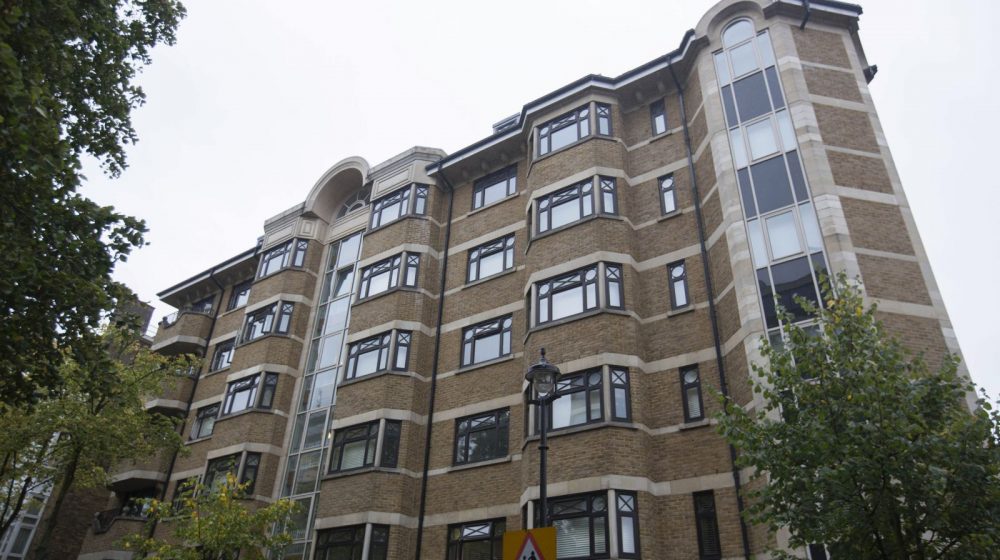 “Nigeria has lost an estimated $230 billion or more in illegal financial outflows since 2004: equal to $1,280 for every citizen.”  At least £4.2 billion ($5.6 billion) worth of UK properties have been bought with suspicious wealth, he said in an article.

According to Page: The prevailing narratives about corruption in Nigeria rarely mention its international dimension. They tend to gloss over how the United Kingdom, United States, and other financial centers welcome the steady stream of illicit cash flowing out Africa’s largest economy.

This month’s release of the Paradise Papers—a juicy sequel to last year’s Panama Papers leak—is a glaring reminder of how offshore tax havens and secrecy jurisdictions facilitate corruption in developing countries like Nigeria. According to Global Witness, the top five jurisdictions implicated in the Papers, are all UK Overseas Territories or Crown Dependencies like the British Virgin Islands, Jersey, and the Isle of Man.

Recently dubbed “The Death Star of Global Kleptocracy”, London is not just the world’s banking capital, it is also a global focal point for corruptly-acquired wealth.

Corrupt officials from around the world find the UK attractive because of its lax corporate and property laws, anemic anti-money laundering safeguards, and the variety of posh neighborhoods.

“Although it is difficult to gauge what percentage of suspicious properties are owned by Nigerian kleptocrats.The examples below have been derived from corporate, property, and other public records in the UK and Nigeria. Since these property holdings may be of interest to international law enforcement, the names are being withheld.:

Why do corrupt Nigeria elites looking to stash their loot find London so attractive?

Home to the world’s snazziest neighborhoods, London has a massive luxury property markets through which large sums of money can be laundered in a single transaction. London’s expensive housing market does not discourage kleptocrats from investing, finds Transparency International. On the contrary, it offers opportunities to launder huge sums of money at a time.

Buying an opulent home in London is a relatively low-risk investment. These properties not only symbolize wealth and respectability, their value often appreciates significantly over time. Such properties can also be used to generate rental income or launder additional money via bogus leases.

UK law allows anyone to purchase property using anonymous offshore companies or complex multi-layered corporate structures. According to the country’s former top anti-corruption cop, this permissive system frustrates law enforcement: “the lack of access to beneficial ownership information about offshore companies…is a major barrier for our investigations. Investigators may spend months and years attempting to peel back layers of secrecy in order to uncover how the proceeds of corruption are being laundered…”

What can the UK, United States, and other global financial centers do to wean themselves off of corrupt cash? Because their financial systems are such permissive operating environments, even beefed-up law enforcement and financial intelligence efforts almost certainly won’t stop kleptocrats from trying to exploit them.

To disrupt the flow of corrupt cash from Nigeria and beyond, British and American lawmakers need to issue directives or enact legislation that eliminates home-grown secrecy jurisdictions like the British Virgin Islands and Delaware. They also should create public beneficial ownership registries and expand the range of legal and administrative tools available to identify and investigate suspicious financial and property transactions.

UK lawmakers took a step in the right direction last year when they created a potent new legal tool–the Unexplained Wealth Order (UWO). This mechanism empowers UK prosecutors to force–for example–a Nigerian politician who owns a multi-million pound London flat to explain how he acquired wealth far in excess of his official salary. If he refuses or inadequately responds then the UWO could be used in a separate legal process to seize the official’s suspect assets under the Proceeds of Crime Act.

Although law enforcement efforts have room to expand, Western diplomats on the ground in Nigeria could be doing more to help identify kleptocrats and prevent them from establishing financial footprints abroad. Both UK and US officials have the power to deny travel visas to Nigerian kleptocrats on the basis of credible corruption allegations or unexplained wealth, but rarely do so.

Under UK Immigration Rules, for example, the Home Secretary has wide discretionary powers to exclude non-citizens from the UK when it is “conducive to the public good”. Existing immigration policy guidanceallows officials to withhold visas from individuals linked to “proceeds of crime and finances of questionable origins” and “corruption”.

Though by no means a silver bullet—or a substitute for fixing corporate and property laws—visa bans should be a foundational element of any UK or U.S. anti-corruption strategy. Until kleptocrats from countries like Nigeria are stopped from visiting their luxury homes or spending their ill-gotten gains in cities like London, their “Death Star” reputation will be hard to shake.

Matthew Page is an international affairs fellow with the Council on Foreign Relations. He is the coauthor of Nigeria: What Everyone Needs to Know, forthcoming from Oxford University Press in 2017. Previously with the Department of State’s Bureau of Intelligence and Research, Page was one of the U.S. intelligence community’s top experts on Nigeria.