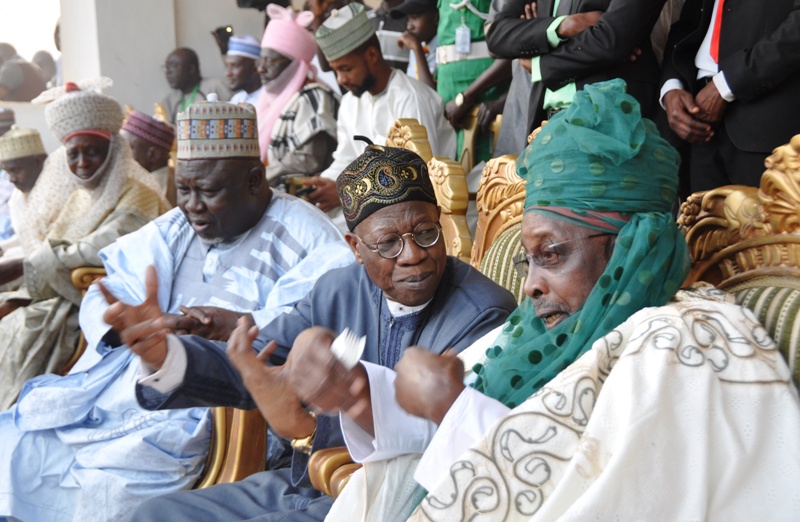 The Emir of Dutse in Jigawa State, Alhaji Nuhu Muhammadu Sanusi, has hailed the Minister of Information and Culture, Alhaji Lai Mohammed, for his leadership role in the promotion of tourism, culture and peaceful co-existence in the country.

“We understand the enormity of work you are doing with regards to promoting our culture and also as the mouthpiece of the government of Nigeria. We are very proud of your performance,” he said.

The Emir made the commendation on Thursday in Dutse, when the Minister paid a courtesy visit to the Emir on the sidelines of the 9th National Council Meeting on Tourism, Culture and National Orientation holding in the Jigawa capital.

Alhaji Sanusi, who described tourism as one of the key drivers of the diversification of the economy away from oil, urged government at all levels to provide the necessary infrastructure that will enable the country to fully harness its tourism potentials.

The Emir expressed the optimism that the visit of the Minister will open a new window of opportunity for Jigawa State to showcase its tourism attraction.

“I am glad you have visited Birnin Kudu, the rock painting and also I want to remind you that it’s only in Jigawa State that we have the wetlands and wildlife sanctuary (for birds) and in other areas of the state we have sand dunes, which are also of tourist interest.

“We hope your visit will open up new avenues for us to introduce our tourism potential in this state and particularly at the time when we want to promote revenues from other sectors other than oil. I think tourism is the key to this,” he said.

In his remarks, the Minister said he is humbled by the reception accorded him and his team by the Emir, whom he described as the custodian of the culture and tradition of the people of Jigawa State.

He commended the quality of leadership of the Emir and his titleholders which, he said, has made it possible for the stability, peace and progress being witnessed in the Emirate.

Alhaji Muhammed said his visit to the rock paintings in Birnin Kudu, as well as the centuries old palace of the Emir of Dutse, have revealed the rich history of the people of the Emirate.

The Emir of Dutse later treated the Minister and his entourage to a colourful Mini-Durbar in his palace.