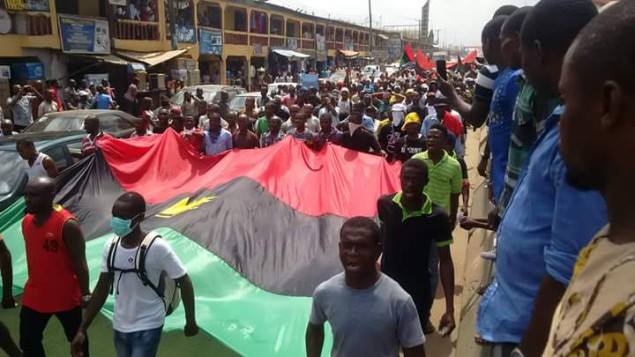 The Indigenous People of Biafra, IPOB, has said that the ongoing Anambra gubernatorial election is witnessing extremely low turnout.

“The people of Anambra State have shown the whole world that they are the first sons of Biafraland and no doubt about that, there is no election in Anambra State, everywhere is empty both the polling booths and streets are totally deserted, said spokesman Emma Powerful.

He claimed that the governorship election in the state witnessed a low turnout because the people heeded its warning.

“IPOB wants to use this opportunity to congratulate Biafrans particularly the people of Anambra State for obeying the order of IPOB and our leader Mazi Nnamdi who has been abducted since 14th September 2017 in today’s election.

“We want to tell the whole world that IPOB under the leadership of Mazi Nnamdi Kanu gave the order on Anambra State governorship election to prove to the civilised nations that we are no more interested in the system of government and her political strategies.

The international community and other civilised nations should come for rescue of Biafrans in the Nigerian Islamic government.”