US Woman Accused In Zimbabwe Of Subversion Is Freed On Bail 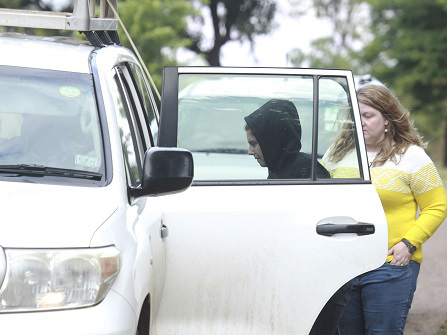 (AP) — The U.S. woman charged with subversion in Zimbabwe over allegedly insulting President Robert Mugabe on Twitter was freed Friday on $1,000 bail.

Martha O’Donovan did not speak to reporters as she emerged from a prison in the capital, Harare, and left in a U.S. Embassy vehicle. Her lawyers also did not make any statements.

The 25-year-old New Jersey native will return to court on Wednesday.

O’Donovan is accused of calling the 93-year-old Mugabe a “sick man” in a tweet including an image of the president with a catheter.

She faces up to 20 years in prison if convicted for subversion. She also faces a charge of undermining the authority of or insulting the president, which carries up to a year in prison.

O’Donovan has denied the charges as “baseless and malicious.”

It was the first arrest since Mugabe last month appointed a cybersecurity minister, a move criticized by activists as targeting social media. Zimbabwe was shaken last year by the biggest anti-government protests in a decade.

Frustration is growing in the once-prosperous southern African nation as the economy collapses under Mugabe, the world’s oldest head of state, who has ruled since 1980. This week his wife, Grace, moved a dramatic step closer to succeeding him as leader afterMugabe fired his deputy Emmerson Mnangagwa and accused him of plotting to take power, including through witchcraft.

Also Friday, the state-run newspaper Zimbabwe Herald newspaper reported that four people had been arrested and accused of booing the first lady at a ruling party rally over the weekend attended by the president.

O’Donovan, who has described herself as a “media activist,” had been working with local social media outlet Magamba TV, which says it produces “satirical comedy sensations.”

A court over the weekend dismissed an attempt by O’Donovan’s lawyer to have the charge of subversion dropped. The lawyer argued that police had not notified O’Donovan of the charge at the time of her arrest at her home in the capital, Harare.

US woman
Share
Subscribe to our newsletter
Sign up here to get the latest news, updates and special offers delivered directly to your inbox.
You can unsubscribe at any time

Ameachi, Wike convoy attack each other in vicious brawl captured by camera