Ameachi, Wike convoy attack each other in vicious brawl captured by camera 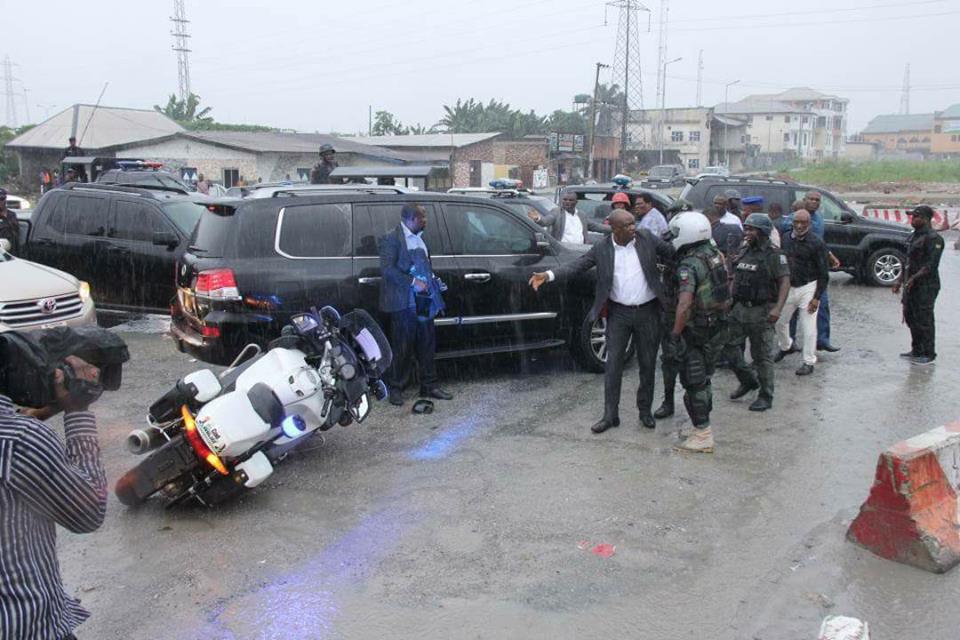 Heartrending pictures of a bloodied policeman shows merciless battle  as policemen attached to Governor Nyesom Wike and that of the Transportation Minister, Rotimi Amaechi, clashed. 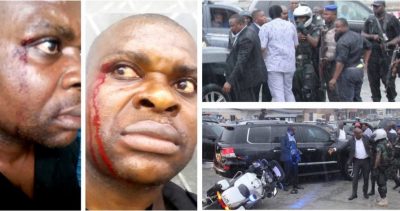 The policeman Sgt Eteng was  battered, with blood on his face, while the AK-47 rifle of Sgt. Princewill Ubaji was snatched, while being forcibly disarmed, with the rifle taken away by the Rivers governor’s convoy. Sgt Eteng and Sgt Ubaji were part of Ameachi’s convoy. 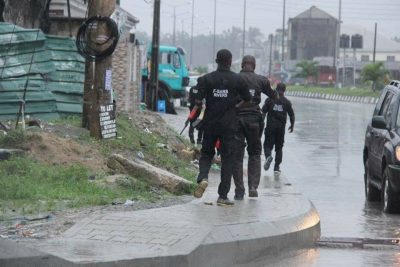 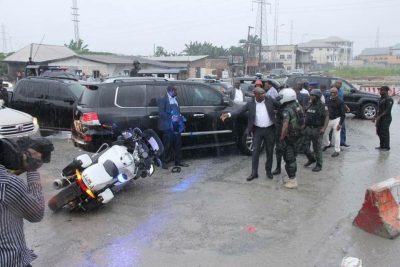 “The governor, who was on project inspection, was attacked at Nwanja Junction on Trans-Amadi Road. The SARs personnel and soldiers in the minister’s convoy hit down the governor’s escort rider and attacked the policemen in the pilot car. Mr Debewari, Aide-de-Camp (ADC) to the minister of transportation, supervised the attack, which included damage of cameras held by journalists. 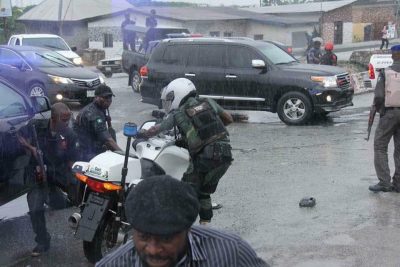 “Also part of the attack was the Commander of F-SARS in Rivers State, Mr. Akin Fakorede (a Chief Superintendent of Police), who received the minister of transportation at the Port Harcourt International Airport and accompanied him on his trip.” 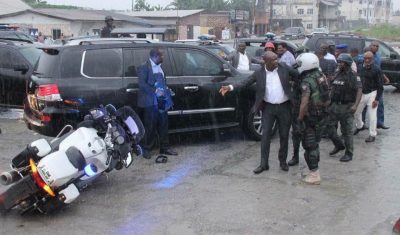 The minister’s media office said the incident which occurred along Trans-Amadi Road, Nwaja axis involved cars of many of Amaechi’s  supporters while the Minister’s black jeep was intercepted and blocked at the junction by the security motorcycle outrider attached to Wike after two cars had passed through.

According to the statement “One of the two cars had security men assigned to protect the minister in Port Harcourt.  Suddenly, gun-toting security men attached to Wike’s convoy surrounded the Minister’s car, threatening to shoot him. They hit the car, tried to smash the windscreens, back and side windows and broke a side mirror. All through this attack, Amaechi remained calm, inside the fortified Jeep.  While the attack occurred, Wike remained inside his vehicle.” 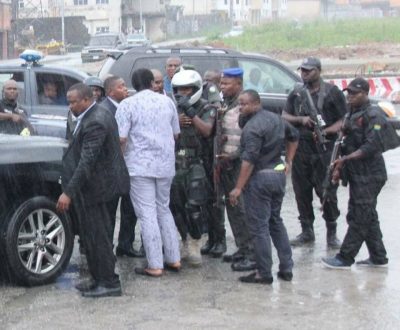 It added that the minister eventually passed through after the intervention of the security team on ground to protect him in Port Harcourt. It continued, “However, when Governor Wike got to the point where the incident occurred after Amaechi’s vehicle had gone by, his security men blocked the road again, dragged out from a vehicle and thoroughly beat up a police man attached to protect Amaechi in Port Harcourt.  The Policeman’s riffle was also taken from him.”

The Amaechi media office added that Wike came out of his car, and with his security team went from one vehicle to another of Amaechi’s supporters charging at them, harassing and abusing them. It alleged that Wike’s security men were heard loudly insulting Amaechi and calling him derogative names.

AmeachiConvoyPoliceRivers stateWike
Share
Subscribe to our newsletter
Sign up here to get the latest news, updates and special offers delivered directly to your inbox.
You can unsubscribe at any time

US Woman Accused In Zimbabwe Of Subversion Is Freed On Bail