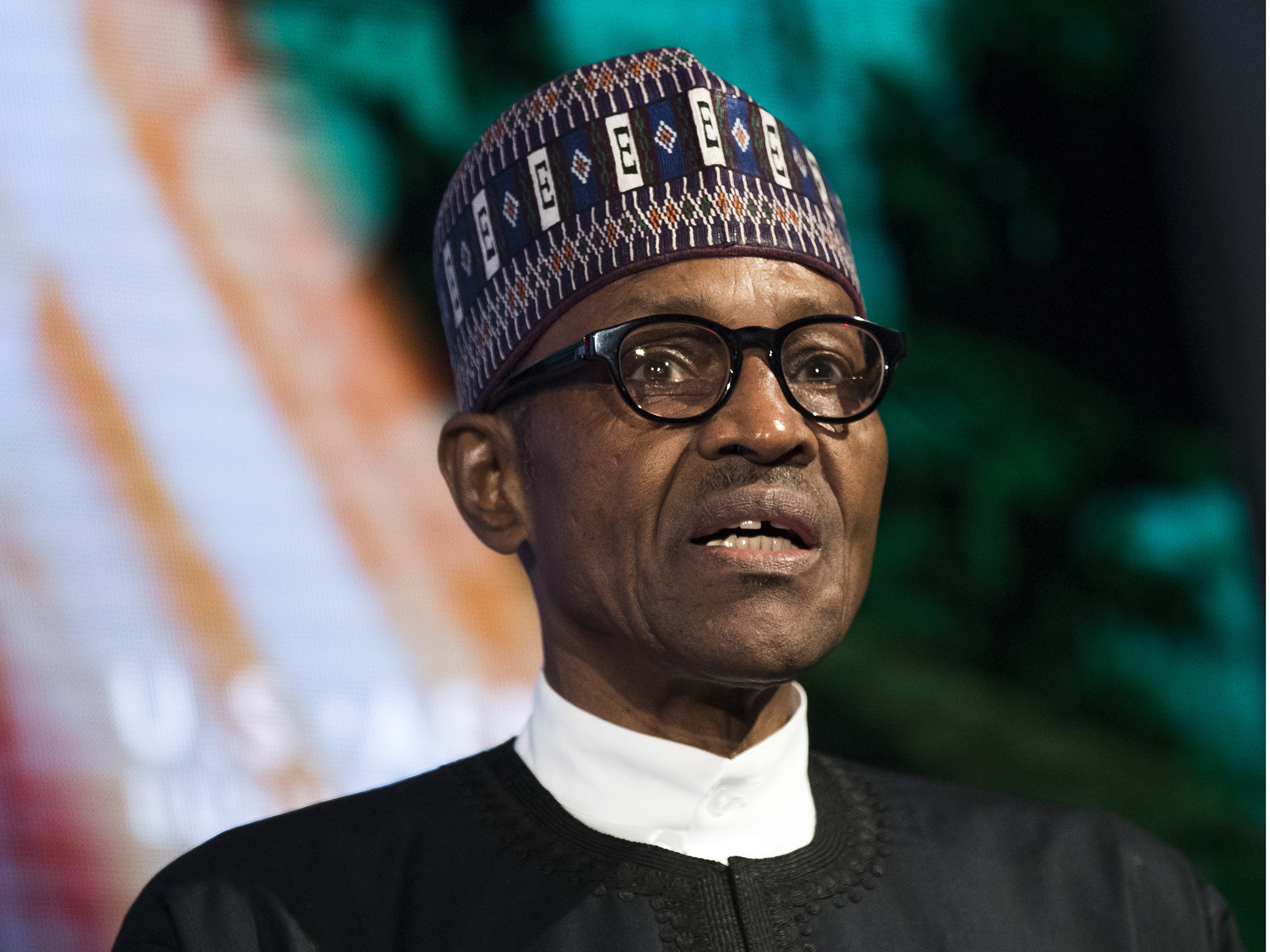 Perhaps the biggest news this week so far, has been the attempt by the Presidency to debunk the allegation that President Muhammadu Buhari has been kinder to Northerners and Muslims in the recruitment of persons into his administration. The published list, itself a response to an earlier indictment by the BusinessDay newspaper, has been dismissed as incomplete, selective and misleading but all of that draws attention to a crisis at the heart of Nigerian politics, nay African politics. Matthew Hassan Kukah once described this in our context as “the-myonisation-of-power”. That is when a Nigerian from a particular part of the country becomes President, his people including his kinsmen and his friends and associates from his community and other parts of Nigeria see his ascendance as their own opportunity to have a taste of the national cake. They fight over the proverbial cake. Invariably, they benefit from what is called the politics of proximity. They get appointed to the best positions. They gain better access to the seat and the man of power than everyone else. Nigeria is not alone in this regard.

The same politics plays out in other African countries. In Kenya, John Githongo, their once-upon-a-time anti-corruption czar, in a book on him, the author, Michela Wrong complains that what prevails in Kenyan politics is the syndrome of “it-is-our-turn-to-eat.” In that country, the emergent politics is not even just about what to eat, it is about ego, elite contestation, dynastic rivalry and power. Wrong is right in many ways. That drama has been played out in the recent elections in Kenya but here in Nigeria, we have also been dealing with the same crisis since independence.

The question has been and remains: who gets the better share of the Nigerian national cake? Nigerian political actors do not see their country as a country that is structured for progress, sustainable development and unity. They see it as a cake to be shared. In their imagination and consideration, the cake is so big, it is more than enough for everybody, but they have seen that since independence, some people get a bigger share of it, and the more access a particular group gets to power, the more advantage it procures for its people. Thus, any person who occupies a position – be it in the public or private sector space is subjected to instant, accustomed suspicion and harassment.  No matter how well-meaning the person may be, the person is monitored closely to see if his appointees or associates would be persons from his church, mosque, community, ethnic group, or old school network. Ethnicity, religion and other social indicators are often the alarm signals. This is the background to the allegation and accusation that President Muhammadu Buhari is systematically re-Northernizing Nigeria.

The prefix re- is instructive because one of the biggest fears in Nigeria is that the political North, for there is no such thing as a monolithic Northern Nigeria, or a strictly binary Nigeria, as the Western press assumes, is determined to dominate the South, the entire South according to a script written and acted out by the British colonialists and sustained by their local successors. Indeed, the Nigerian military did not help matters by practically Northernizing Nigeria with the politics of vendetta and imperialism that propelled the Nigerian military establishment in power. The myth and reality of Northern domination has nonetheless also done much damage to the idea of national unity in Nigeria, even if there is enough evidence to establish the sad fact that, every ethnic group in the country is involved in a struggle for dominance. The dominant truth  is that Nigerians do not trust one another. It does not matter where they are, or whatever the level of their education or exposure, or the opportunities they have, they are all ethnic gladiators at heart and should they struggle to be nationalistic, their kith and kin will continually remind them of the need to obey and serve the tribe.  I use the word tribe here, deliberately against current convention.

It is for the foregoing reason that I consider the attempt by the Presidency to write off the allegation of Northern domination under President Muhammadu Buhari as futile.  Ethnic politics in Nigeria is both a matter of fact and perception.  I offer four seemingly simple explanations of the phenomenon. It is the fact first, that whenever a President from a particular ethnic extraction arrives in Abuja, the fashion mode of the city changes overnight.  Under President Olusegun Obasanjo (1999-2007), the various watering holes of Abuja adjusted their fashion codes. Even to the night-clubs, people wore the Yoruba attires and caps. The people of the South West including the Yoruba taxi drivers of Abuja became very voluble. It was their time. It was their turn. The moment President Obasanjo left, the Mallams returned, that is the power-brokers of the North, with the emergence of President Umaru Yar’Adua.  Hausa language became the language of Abuja. President Yar’Adua died in office and his deputy succeeded him. President Goodluck Jonathan, Nigeria’s first Ijaw President also changed the face of fashion in Abuja. His kinsmen and their colourful robes and walking sticks became the new face of Abuja.  I recall in those days, the security people insisting that walking sticks would not be allowed inside the Villa because according to them, a walking stick is a weapon!  I doubt if anybody these days is still swinging any such weapons around Abuja.

Two, when a Christian President is in power in Nigeria, the most active part of the Villa would be the Chapel. By the same token, if it is a Muslim President, the mosque in the Villa gains special focus. There is never any doubt about the locus of affinity in Nigerian politics. In an extremely superstitious society such as we have, our leaders don’t joke with their spiritual well-being.  Every big man’s wife is a prayer warrior. “My wife is a prayer warrior”, is a common refrain in the corridors of power.  The people that pray for the big man, from his wife to her relatives and the spiritual consultants eventually become so influential they could in fact influence appointments and state policy. African leaders are so insecure, we must someday attempt an intellectual assessment of the damage they have done to the governance process in Africa, with their insecurity and fears.

Three, cronyism is a strong factor in African politics. Our leaders are only comfortable with the people that they know. Whoever is not known personally must have a Godfather or a minder that can be consulted. When people win power in Nigeria, they don’t hand it over to other people that easily. Everything is transactional. There are no big or average men – they are all looking for what is in it for them. And this is what has held Nigerian down. If anyone investigates the real underbelly of Nigeria, there will be no country anymore because it is Nigeria that feeds all the big men. It is in reality an unproductive country with the rich depending on oil revenue and deceiving the poor and the underprivileged. Our big men appoint cronies. They are afraid of tomorrow.

Four, democracy was meant to help and advance our society. But we do not have properly organized political parties. We also do not have politicians in the sense of having people who are committed to the common good. Nigerian politicians don’t owe allegiance to any body of ideas.  They are here today. They are there tomorrow. I recently accosted a Nigerian politician who was quite prominent in the PDP-Jonathan administration. He has since realigned and he is speaking up, loudly and boldly for the APC-Buhari administration. I asked him how it is so easy for him to change camp so smoothly. His answer is that when you move from Manchester United to Chelsea, your job is to score against Man-U.  This is the most apt description of Nigerian politics that I have ever heard. Politics, like governance in Nigeria, is a game, a play, a profitable illusion. We, the ordinary people are the ones who put so much weight on it.

So when anyone accuses President Buhari of favouring his own people, such a person misses the point about the way Nigeria is. Let me just drop this one here: in the First Republic under Aguiyi-Ironsi, as short as that period was, Igbos, with their man in power, dominated the Federal Civil Service. The Hausa-Fulani, whenever it was their turn in power, lowered the standards and the admission scores and positioned themselves. There is now a Federal Character clause in the Nigerian Constitution, but Nigerians know that they stand a chance to benefit more only when their kinsman is in charge at the centre. It is Buhari’s turn today. It is the Hausa-Fulani’s time.

The Presidency has offered a so-called list of appointees, but the forensic analysis of that list that has been attempted has shown that the best positions in the most strategic sectors are in the hands of the core Hausa-Fulani. That is how the game is played, sadly. And let me add this: it is a pity the list did not disclose the identity of the cooks and closest aides in the Presidential Villa. These are very strategic positions too, but which Nigerian President would allow a man who does not speak his language to cook for him or enter his bedroom?  Nigeria is a country that is ruled and driven by fear and insecurity even at the highest levels. Nigerian leaders are as scared and as insecure as the people they lead.  While struggling to be Nigerian, and nationalistic, they don’t ever forget their ethnic roots and the burden of Nigerian history. We have a list which says President Buhari has appointed persons from across Nigeria but how inclusive is that list?

We need, therefore to deal with the big issues, not givens. We must insist that Nigeria needs such a leader who can break the ceilings. For us that will be the true definition of change, and the extension of transformation; in the process, imagined and extant givens will fail and the country can be transformed. What Nigerians want when they complain about marginalization and the absence of federalism is that they want a country that is based on a foundation of merit, justice and equity. They want a meritocratic society where the best and the brightest can aspire to the highest levels in society regardless of their ethnic, religious or geographical extraction.  It is possible to interpret change otherwise as infrastructure, but a developing country will always need infrastructure, depending on the commitment and discipline of succeeding administrations.  We need now and later, a value-driven leadership, which also adds value in space and time.

To be sure that we are on the same page, our obsession with ethnicity and nepotism is a poor reminder of how poorly our country continues to turn out. The day a Nigerian can serve his or her local government, state, Senatorial district, state and the Federal Government without anyone asking where he or she comes from, but strictly on the basis of merit and accomplishments, then may be, indeed may be, then we would have a country again.  For now, we are at best, a possible country in search of a nation.