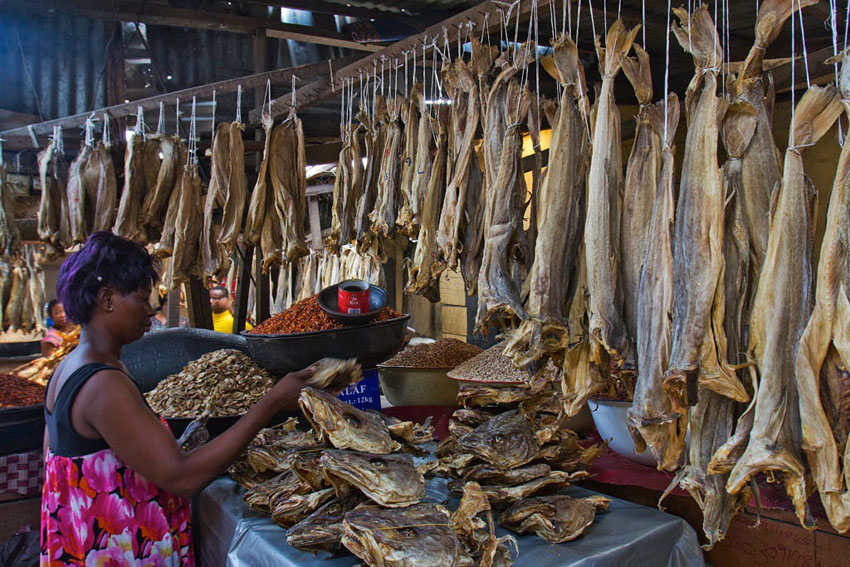 Last December, Tope Akindele, took on a new challenge as an accountant with a new hotel in Ondo, in Nigeria’s southwest. The big hope for the business was to find its feet quickly and look towards turning a profit but less than a year later, it’s unlikely that’ll be the case soon.

“At the end of the year, we’ll likely be facing a loss,” Akindele tells Quartz. Part of the reason for this, in addition to overhead costs, he says, are the multiple levies and taxes from several government agencies. Many of the taxes were estimated and not based on the provision of services by the agency or local government.

In one instance, Akindele says the new hotel was levied with a N2.7 million ($7,700) VAT bill backdated to three years before the hotel even started up. “They’re not encouraging people to do business,” Akindele says.

Akindele’s is one of the many grim stories told by local businesses struggling to stay afloat in Nigeria. In addition to multiple taxes, overhead costs are often spiked by large bills for petrol and diesel to power generators as poor electricity supply remains a major problem for residents and businesses alike. The difference is many modern businesses can literally not survive without regular electricity and the cost of self-generating power is at least three times the cost of the grid supply according to some estimates.

Then there’s the high commercial interest rates which also pose a barrier for entrepreneurs to access capital and grow their business. Until recently, even the administrative process of starting a business took months to complete and often required paying bribes to complete.

Since taking office, president Buhari has taken up the challenge of easing the hurdles of doing business in Nigeria. In October 2016, in the middle of a recession and looking to spur growth, the president set up a presidential council (PEBEC) focused solely on improving the ease of doing business in Nigeria. The council’s remit was simple: improve Nigeria’s ranking on the World Bank’s annual Doing Business report by 20 places.

PEBEC’s reforms have included relaxing visa entry rules for foreigners. The immigration service has opened additional offices across the country to enable foreigners obtain residence permits more easily. There have been reforms at local ports to ease bureaucracy bottlenecks and boost transparency. The council has also tackled difficulties associated with starting and registering businesses locally: Nigerians can now register businesses online without engaging middlemen (typically lawyers) at a lower cost than a year ago.

Much of Nigeria’s progress in the Doing Business rankings is down to gains recorded in improving access to credit. That’s largely thanks to the launch of a collateral registry which allows small and medium business owners obtain loans using assets including equipment and livestock as collateral.

For its part, the government has trumpeted the rise in rankings as a “fantastic” achievement, which not only seemed a bit premature but also seemed like scaling a fairly low bar after moving from 179 out of 190 countries (very bad) to 145 (just plain bad).

Reality on the ground

The reality is that, despite the rise in the rankings, there’s still much to do. Even the data suggests so: Nigeria still ranks in the bottom quarter globally and is the 24th ranked African country in the report. Access to credit, especially through banks, remains difficult. Dele Omopariola, a Lagos-based fashion entrepreneur, says he depends on loans from family and friends to expand his four-year old business because “commercial interest rates are not appealing.” Nigeria’s high score for getting credit is likely puzzling for local business owners but “the indicator is focused mostly on the legal and institutional framework behind accessing credit, not the actual accessing of credit,” says Nonso Obikili, a Lagos-based economist.

Businesses still face the risk of being buried under the weight of multiple taxes and levies from rent-seeking local and state government agencies. Back in March, the association of hotel owners in Abuja, Nigeria’s capital, complained of multiple taxes and levies which “could force them out of business.” One of the levies charged was a “bicycle and cart levy” pegged at $700 annually.

Even Nigeria’s tech-led startups, often seen as the bright future of Nigerian enterprise aren’t left out from the mundane, expensive and at times ridiculous demands of trying to run a business in the country. Last month, Paga, a leading mobile money operator, had its offices closed by a local government agency in Lagos, for a failure to pay a “TV/radio levy.”

While the presidency champions the meager progress, one way to speed up changes in the general business climate is to ensure that reforms aren’t concentrated only at federal level, Obikili says.

“The reform agenda needs to be driven down to state and local government institutions,” he tells Quartz. If that happens, businesses will hope it forces a change in attitudes at local government agencies.

But that’s not all. Another way to improve the ease of doing business is simply for government to do a much better job at providing and maintaining amenities. As Obikili puts it: the reforms must “move beyond the bureaucracy of doing business, and push on infrastructure, human capital, security, and other institutional improvements which are also key for competitiveness.”

Kareem wrote this piece for Quartz

Business in NigeriaMarket
Share
Subscribe to our newsletter
Sign up here to get the latest news, updates and special offers delivered directly to your inbox.
You can unsubscribe at any time