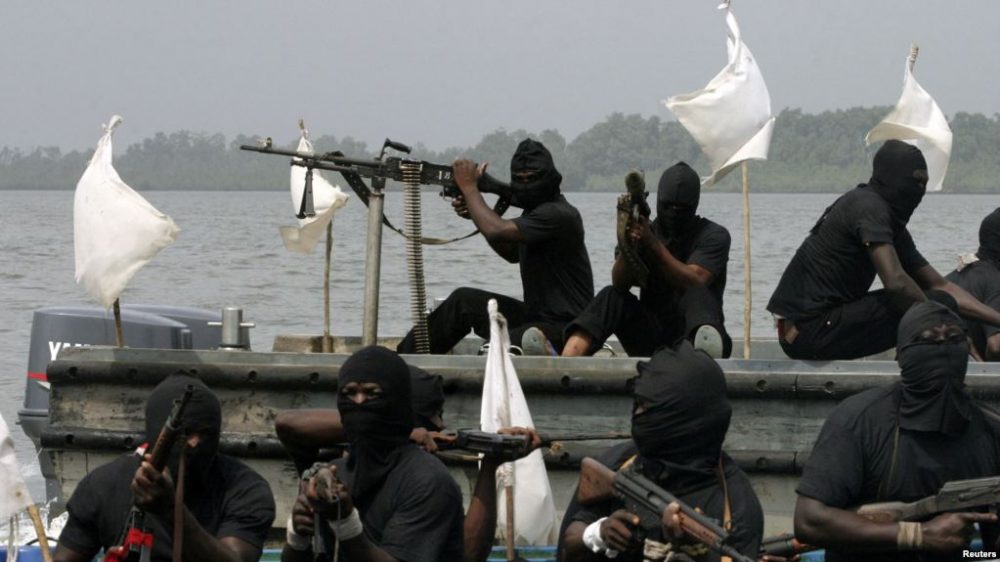 The Nigerian militant group Niger Delta Avengers on Friday  said that they had ended their ceasefire in the region.

We can assure you that every oil installation in our region will feel the warmth of the wrath of the Niger Delta Avengers,” the group said.

“Niger Delta Avenger’s ceasefire on Operation Red Economy is officially over,” stated the heading of a post on the group’s website.

The Niger Delta Avengers were responsible for most of last year’s attacks, announced an end to hostilities in August 2016. There have been no substantial attacks by any groups in the region since January.

The NDA has stated unambiguously what it is setting out to achieve: “Our goal is to cripple Nigeria’s economy.”

After declaring what it called “Operation Red Economy” in February 2016, it blew up an underwater pipeline forcing Royal Dutch Shell to shut down a terminal which normally produces 250,000 barrels of oil a day (bpd).

In January 2016, Shell declared a force majeure, which excuses a company from contractual agreements because events beyond its control, on exports of high grade crude oil after an attack on one of its trunk lines.

A few days later, US firm Chevron shut its Valve Platform following another attack, also claimed by the Avengers.

“This action is to further warn all [international oil companies] that when we warn that there should be no repairs pending negotiation/dialogue with the people of the Niger Delta, it means there should be no repairs,” the Avengers said in a statement after an attack on a pipeline that feeds the Escravos offshore terminal operated by Chevron’s Nigerian subsidiary last year.

Niger Delta Avengersoil
Share
Subscribe to our newsletter
Sign up here to get the latest news, updates and special offers delivered directly to your inbox.
You can unsubscribe at any time