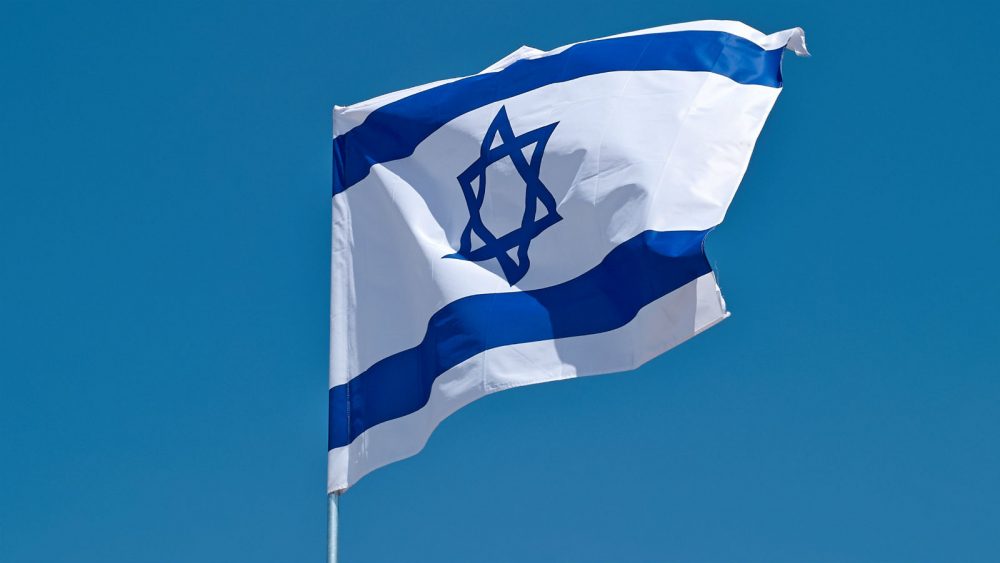 Following the display of the Israeli flag in pro-independence Kurdish rallies, the Iraqi parliament, known as the Council of Representatives, voted Tuesday to ban the Israeli flag, describing it as a Zionist symbol.

“A dangerous phenomenon, representing the hoisting of the Zionist entity flag during public rallies in front of the media, has recently appeared that breaks the basic constitutional principles of Iraq,” Salim al-Jabouri, Speaker of the Iraqi parliament, said while announcing the law that vows criminal prosecution against those who raise the Israeli flag in the country.

“This is an exercise that damages the reputation of Iraq and its nation and the law punishes it by the maximum penalties,” the speaker added.

The law was introduced by the parliamentary bloc of the Shiite Supreme Islamic Council and was unanimously approved by other members of the Iraqi parliament. It ordered law enforcement to pursue criminal charges against “those who promote Zionist symbols in public rallies in any form, including the hoisting of the Zionist flag.”

The Kurdistan Regional Government (KRG) has said their hoisting at the gatherings was “spontaneous” and did not reflect the position of the government, which cannot formally establish relations with Israel due to the policy of the government in Baghdad that does not recognize Israel as a state.

Some officials of the central government in Baghdad and elements in the neighboring Turkey and Iran have accused Kurdish leaders of secret ties with what they termed “Zionists” and have described the Kurdish bid for independence an orchestrated plan to establish “the second Israel in Middle East.”

Israel is denying any involvement in the controversial referendum, but it is the only country that has openly supported the Kurdish aspirations for independence.

“The Kurds demonstrate national maturity and international maturity,” Israeli Prime Minister Benjamin Netanyahu said earlier this month. “We have very great sympathy for their desires and the world needs to concern itself with their safety and with their future.”

Other countries — including the United States and EU members which consider the Kurdistan Regional Government a reliable ally, particularly in the current fight against IS — have publicly opposed the Kurdish referendum, arguing that the move diverts attention from the more crucial fight against the Islamic State in the region.

U.S. officials say the cooperation between the Kurdish forces known as Peshmerga and the Iraqi army played a critical role in removing the Islamic State fighters from Iraq’s second-largest city of Mosul. They say the Kurdish vote for independence has disrupted that cooperation and resulted in clashes between the region and the central government, particularly on the fate of territories disputed between both sides.

FlagIraqIsrael
Share
Subscribe to our newsletter
Sign up here to get the latest news, updates and special offers delivered directly to your inbox.
You can unsubscribe at any time