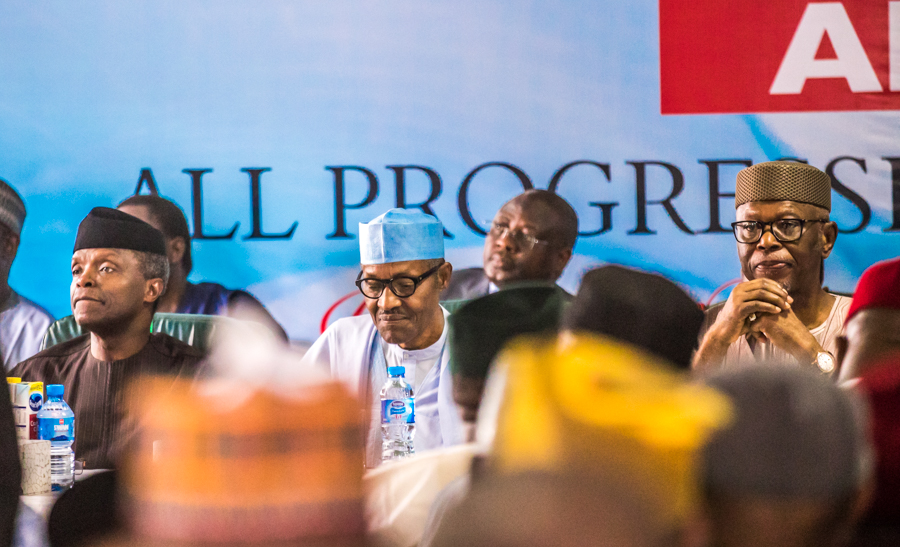 [dropcap]P[/dropcap]resident Muhammadu Buhari  is trying to combat new weakness in his  party base and re-energize his staunchest  party supporters by appointing more ministers into his cabinet. He will also make board appointments, a demand by his party members over the months.

Buhari gave the hint at the APC national executive committee, NEC, in Abuja Tuesday, after party members and staunch allies have erupted in anger due to appointments in the government in recent times.

“Especially now that the economy is improving, we will have the resources to cater for the appointees.’

“By the same token the compressed Federal Executive Council will be expanded to bring in more supporters at Federal Level, with fresh ideas to be injected into the government.”

Investigations by Per Second News revealed that top chieftains of the party have been urging the president to fire up his efforts by appointing party members into positions in the government.

Recently there was a flurry of fuming calls and messages — a blaring political fire alarm among Buhari’s die-hard supporters.

The president’s struggles already have prompted public speculation about his political future.

Last week, Plateau state governor, Simon Lalong, revealed that state governors are not happy that they are left out of appointments being made by the government.

Lalong, who shared the sentiments of Nigeria’s Custom Boss also lamented that appointments into government positions are made without recourse to the governors, adding that those who do not have the capacity to defend the actions of the President have been the ones benefiting from federal government t appointments.

“Let the Mr. President be aware that this is the time to do it because even as governors we are also complaining in our various states, we are saying it. We complained in our states that we sit down and we hear appointment made and then people start asking you as the governor where is this man coming from?

“But when we turn right and turn left, we don’t know where such a person is coming from. Many people have complained. I’m sure governors have complained that we should be able to know who and who will Protect Mr. President and his administration.

While the initial wave of fury could change direction as new details emerge, the torrent represented the first major break of Buhari’s devoted base from the president on a core issue, according to party some strong party members speaking to Per Second News under the condition of anonymity.