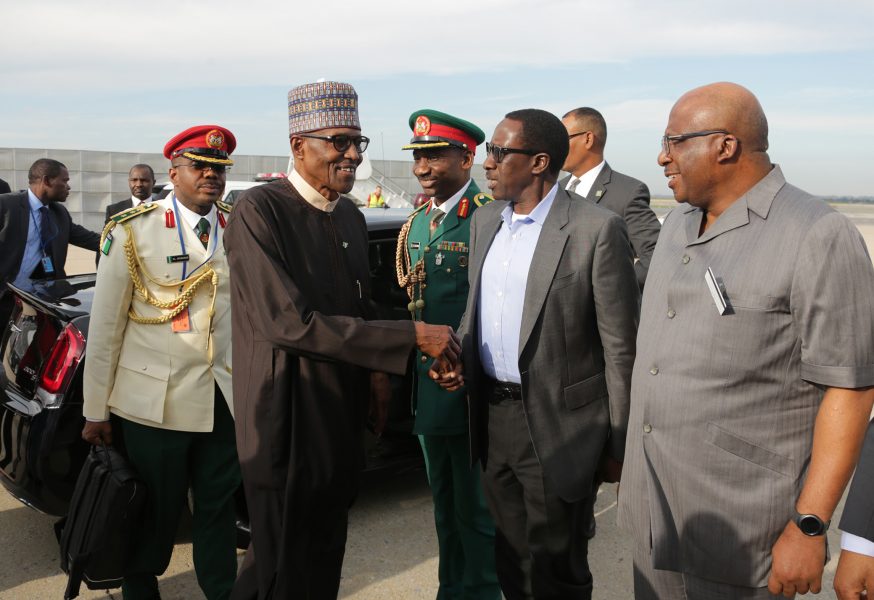 Abuja – The Family members of the former chairman of the Presidential Task Force on Pension Reforms, Alhaji Abdulrasheed Maina, on Wednesday in Kaduna said that the President Muhammadu Buhari-led administration begged the former pension director to join the change agenda, with the assurance of security protection.

Spokesman of the family, Aliyu Maina, who stated this at a press conference in Kaduna, also said that the family is in the know that Abdulrasheed Maina is in possession of so many facts that are against the cabal that would be interesting to the Nigerian populace.

He assured that the former pension boss would disclose the details soonest, adding that Maina will resurface when his security is guaranteed.

According to Aliyu Maina; “Based on his sterling record at the scheme, the government of President Muhammadu Buhari appealed to Maina to key into the change agenda.

“Why are government officials denying Abdulrasheed Maina especially when the Department of State Services (DSS), provided security for him?

“Perhaps, it is his noble efforts that made him enviable to the present administration when they came into power to convince him to come back and assist in its ‘CHANGE’ agenda,” he said.

“Abdulrasheed was in fact invited by this administration and he was promised security to come and clean up the mess and generate more revenue for government by blocking leakages.

“He succumbed to the present administration and came back to Nigeria. He has been working with the DSS for quite some time and he was given necessary security.

“Abdulrasheed Maina had been a target in the past. So, experience is the best teacher. But when his security is guaranteed, he will surface from wherever he is and tell Nigerians the truth.”

“We have contacted our solicitors, Messrs Mamman Nasir & Co and instructed them to act appropriately. One must ask whether it is an offence for somebody to serve his fatherland.”