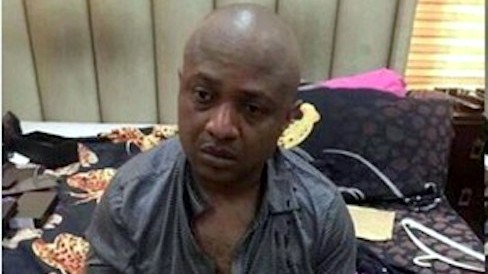 [dropcap]N[/dropcap]otorious kidnap kingpin, Chukwudumeme Onwuamadike, a.k.a Evans, on Thursday entered a not guilty plea to a two-count amended charge of conspiracy and kidnapping at an Ikeja High Court.

Evans had at his arraignment on Aug. 30 plead guilty to the charges, while other alleged accomplices — Uche Amadi, Ogechi Uchechukwu, the only female defendant, Chilaka Ifeanyi and Victor Aduba denied committing the offences.

They were charged with the kidnap of Mr Donatius Duru on Aug. 30.

According to the prosecution led by Ms. P.K. Shitta-bey, the State Director of Public Prosecutions (DPP), Evans and his accomplices committed the offence of conspiracy at 7.45 p.m. on Feb. 14 on Obokun Street, Ilupeju, Lagos.

The prosecution said the defendants between Feb. 14 and April 12 at Obokun Street, Ilupeju, while armed with guns and other dangerous weapons, captured and detained Duru.

The defendants allegedly collected a ransom of 223,000 euros for the release of Donatius.

Justice Oshodi adjourned the case until Nov. 3 to enable the defence to prepare for trial.

EvansKidnapper
Share
Subscribe to our newsletter
Sign up here to get the latest news, updates and special offers delivered directly to your inbox.
You can unsubscribe at any time

The Day in Pictures: President Buhari and Recep Tayyip Erdogan.