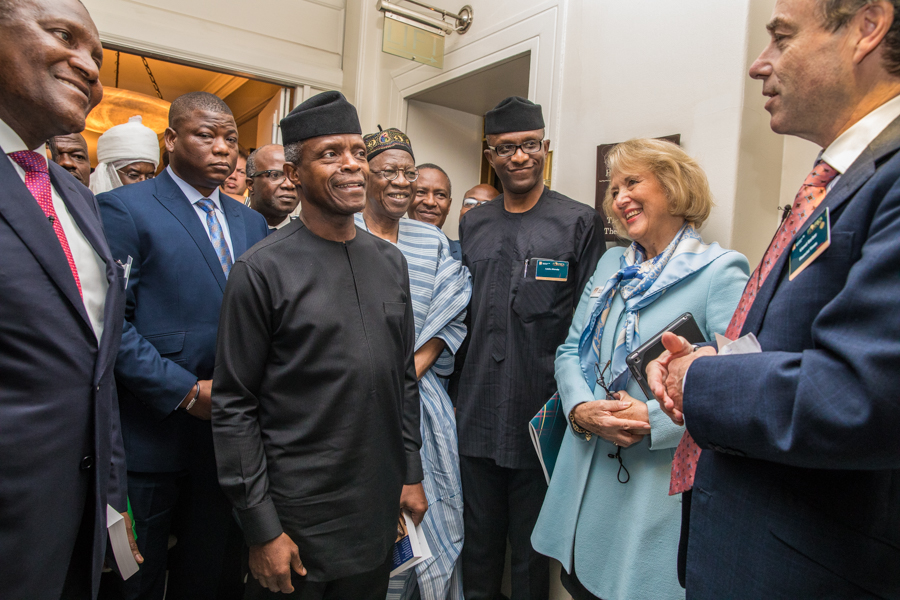 The presidency has insisted that reports about $25 billion worth of oil contract allegedly awarded by the NNPC  or missing $25 billion are both false.

According to Mr. Laolu Akande, Senior Special Assistant to the President on Media and Publicity, Office of the Vice President, no contracts were procured by the NNPC based on the leaked memo of the Petroleum Resources Minister of State, even though such impressions have been maliciously created in the past few weeks.

While responding to media inquiries Sunday on the matter, Akande disclosed that a closer look at each of the said projects indicate clearly that “these are not procurement contracts.”

According to him, “when I tweeted on Thursday morning last week, I had indicated that the Vice President, while acting as President approved Joint Venture Financing arrangements. But for some curious reasons, a few media reports used that tweet to report that I said the then Acting President approved N640 Billion worth of oil contracts. Such reporting is both false and misleading and therefore ought to be completely ignored by all seekers of truth.”

What is more important, Akande submitted, is that “when you look diligently at the referenced projects/transactions one by one, you will see, as NNPC has shown, that none of them was actually a procurement contract.”

“Take both the Crude Term Contract and the Direct Sale, Direct Purchase (DSDP) agreements for instance, these are not procurement contracts involving the expenditure of public funds. Both transactions are simply a shortlisting process, in which prospective off-takers of crude oil and suppliers of petroleum are selected under agreed terms, and in accordance with due process. It is therefore wrong and misleading to refer to them as though they’re contracts involving the expenditure of NNPC funds, or public funds of any sort. As you now know, the Honorable Minister of Petroleum Resources himself has in fact clarified that he meant to focus on administrative and governance issues, not red-flag any fraud – because no fraud exists in this matter.”

For both transactions, Akande said it is not true and also inaccurate to attach $10B and $5B values on them. “Attaching monetary values to these contracts is an arbitrary act that completely distorts understanding of the situation.”

According to him, Nigerians ought to be informed clearly that “whenever there is a monetary value on any consignment of crude oil lifted in this country by any firm, the proceeds go directly to the Federation Account and not to any company. In fact, the Buhari administration in the implementation of the TSA has closed down multiple NNPC accounts in order to promote transparency and probity.”

Akande also explained that even in compiling the shortlisting for the prospective off-takers of crude oil and suppliers of petroleum under agreed terms, “there were public placements of advert in the mass media seeking Expressions of Interest (EoI). Bids were publicly opened in the presence of NEITI, DPR, BPP, Civil Society groups and the press. In some cases even, these events were televised live.”

“For the sake of emphasis let me state clearly that both the Crude Term Contract and the Direct Sale and Direct Purchase agreements are not contracts for any procurement of goods, works or services, and therefore do not involve the use of public funds. Instead, they are simply a shortlisting of off-takers. And unlike what has been reported in the media so far, it is important to set the records straight that the list of approved off-takers does not carry any financial values but simply states the terms and conditions for the lifting and supply of petroleum products.”

He also disclosed that the Ajaokuta-Kaduna-Kano (AKK) Gas Pipeline Contract “is a contractor-financed contract which has not yet been finalized or awarded; it is still making its way to the Federal Executive Council, FEC.”

There were also three presidential approvals given on Joint Venture financing arrangements, meaning loans to cater for cash call obligations. One of these was okayed by the President in 2015, and two by the then Acting President in 2017, Akande noted.

Lastly, on the NPDC, he said there is no contract in the $3BN to $4BN range as reported in the media.

“You can then see from the foregoing that the $25BN being bandied in the media does not exist. There is no $25BN missing,” Akande concluded.