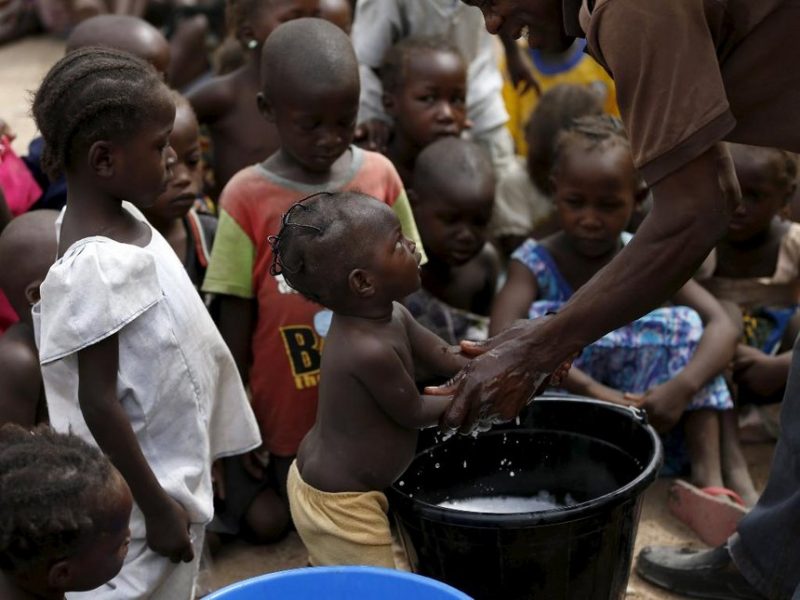 [dropcap]G[/dropcap]lobal hunger has fallen more than a quarter since 2000, but conflict and climate shocks are beginning to reverse these gains, an annual global hunger index said on Thursday.

Nigeria has a serious hunger problem and ranks 84th out of 119 countries on the global hunger index — behind Togo, Kenya, Cameroon and Senegal according to the report.

The GHI scores of two famine-threatened countries, Nigeria and Yemen, fall in the serious and alarming categories, respec- tively. ” They do not fall into the extremely alarming category for two key reasons: inequality (the theme of this year’s report) and timing. Inequality plays a greater role in Nigeria, where 4.5 million people (out of a total population of roughly 180 million) in the northeast of the country are experiencing or are at risk of famine, mainly due to ongoing violence spread by Boko Haram (VOA 2017; UNDP 2017a), the report said.

Nearly half of the 119 countries surveyed had “serious”, “alarming” or “extremely alarming” hunger levels between 2012 and 2016, with war-torn Central African Republic worst affected, followed by Chad, Sierra Leone, Madagascar and Zambia.

“Conflict and climate-related shocks are at the heart of this problem,” said Dominic MacSorley, chief executive of Concern, which compiled the report along with the International Food Policy Research Institute and Welthungerhilfe.
About half of the populations in the hungriest countries were short of food, it said.

South Sudan and Somalia, which are at risk of renewed famine, were among 13 countries excluded from the index due to lack of data.

Global hunger index
Share
Subscribe to our newsletter
Sign up here to get the latest news, updates and special offers delivered directly to your inbox.
You can unsubscribe at any time