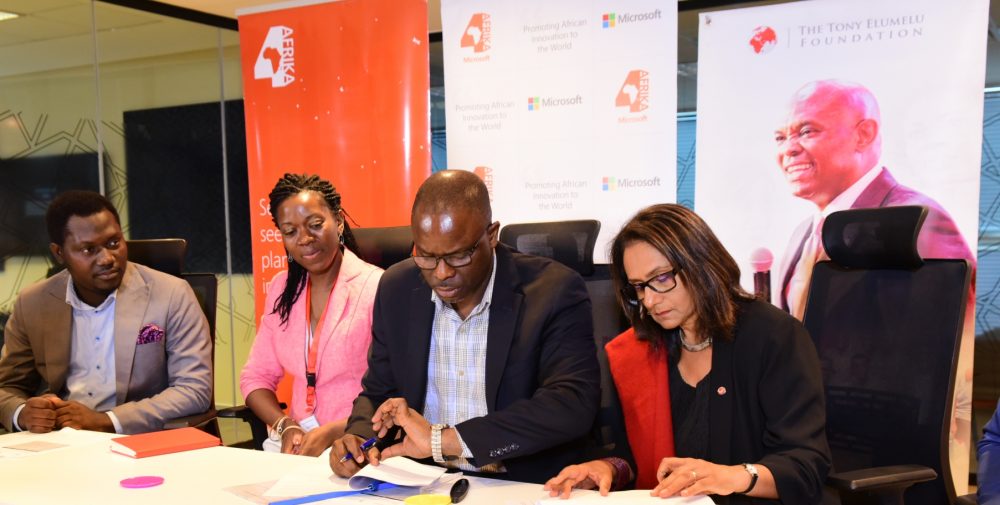 The Tony Elumelu Foundation (TEF), Africa’s largest philanthropy focused on supporting entrepreneurship on Thursday announced that the 3rd annual TEF Entrepreneurship Forum – the most inclusive gathering of African SMEs – will take place on October 13-14 in Lagos.

This is the first year the invitation-only Forum is open to non-TEF entrepreneurs and will allow SMEs from across Africa to attend and form networks, share knowledge, connect with investors, link with corporate supply chains and influence policy makers and business leaders in attendance.

“Since launching the TEF Entrepreneurship Programme – and committing $100 million to empowering 10,000 African entrepreneurs in a decade – we have unleashed our continent’s most potent development force – its entrepreneurs,” said TEF Founder Tony O. Elumelu, CON. “In just 3 years, our 3,000 entrepreneurs have created tens of thousands of jobs and generated considerable wealth. On October 13 and 14, we invite the global entrepreneurship community to Lagos toward the realization of a New Africa, a thriving, self-reliant continent capable of replicating the results we have seen in our ground-breaking programme.”

TEF Chief Executive Officer Parminder Vir OBE said: “This is the first year we have opened the Forum up to include not just the 1,000 Tony Elumelu Entrepreneurs from the 2017 cycle of our Programme, but the full pan-African entrepreneurship ecosystem. In doing so, we are allowing disparate SME communities to come together and expand the possibilities for intra-African partnerships. I urge policymakers and investors to join us at the Forum as we empower the next generation of African business titans.”

The Foundation’s long-term investment in empowering African entrepreneurs is emblematic of Tony Elumelu’s philosophy of Africapitalism, which positions Africa’s private sector, and most importantly its entrepreneurs, as the catalysts for the social and economic development of the continent.

AfricaEntrepreneursTEF
Share
Subscribe to our newsletter
Sign up here to get the latest news, updates and special offers delivered directly to your inbox.
You can unsubscribe at any time