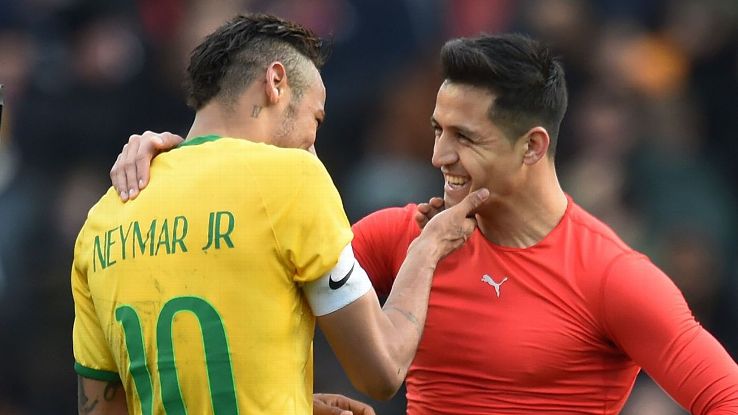 Paris Saint-Germain hope to sneak ahead of Manchester City in the race for Alexis Sanchez in order to fulfill a promise to Neymar, according to the Daily Mail.

The report states that Neymar included Sanchez on his “wish list” when PSG asked what it would take to prize the Brazilian from Barcelona earlier this year.

With his contract set to expire next June, it’s reported that Sanchez could be offered around £300,000 a week to move to Parc des Princes, as well as a £9 million signing-on fee if he agrees a deal in January.

That would leave PSG needing to sell players to balance the books, however, with UEFA already opening a Financial Fair Play investigation into the club’s transfer activity.

Edinson Cavani is thought to lead the list of potential departures, despite patching things up with Neymar over the pair’s penalty dispute, with Julian Draxler another member of the squad deemed surplus to requirements.

Aug 13, 2022
AlexisNeymarPSG
Share
Subscribe to our newsletter
Sign up here to get the latest news, updates and special offers delivered directly to your inbox.
You can unsubscribe at any time