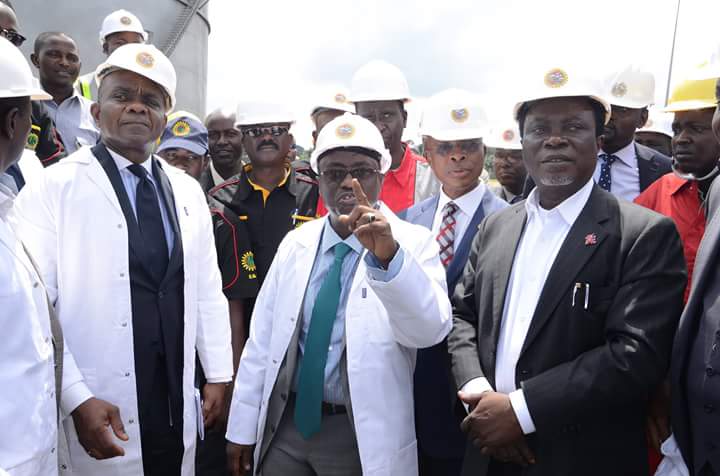 [dropcap]S[/dropcap]enators from both parties Wednesday knocked Mr Maikanti Baru, the group managing director of the NNPC for not being transparent in the administration of activities at the corporation.

The senators from both aisle launched a probe into the finances, activities and recent controversial appointments at the Towers.

In a leaked petition to President Muhammadu Buhari,  the minister of state petroleum, Dr Ibe Kachikwu accused Mr. Baru of insubordination, abuse of due process and carrying out reorganisation and appointments without his input as supervising minister and chairman of the NNPC Board.

He also alleged that the GMD is running a one man show and awarded contracts worth over $26 billion without due process.

Kachikwu listed a range of contracts including that for a national gas-pipeline network, production service contracts and so-called crude term contracts awarded to companies selling crude on behalf of the parties of the joint ventures between the NNPC and international oil companies.

“Aware that Duke Oil was incorporated in 1989 in Panama and therefore, does not pay tax in Nigeria; “Aware also that Duke Oil was specially registered to play a dominant role in the trading of petroleum products especially crude oil trade in the international oil market several years ago; “Further aware that Duke Oil, compared to other major players in the sector, is still grappling with the basics of what it was registered to do in spite of massive support from the NNPC, owing to large scale corruption;

“Aware of the decision by the current GMD to allocate almost all products to Duke Oil, this is in addition to its automatic inclusion in the lifting of Crude Oil, Gas etc, which thus, made Duke oil a money spinning outfit that is accountable only to NNPC;

“Aware that Duke Oil remains the sole importer of AGO to PPMC and Retail, which it does through third party since it cannot import by itself, this contributes in slowing the growth of our indigenous companies that are making giant strides in the sector;

“Aware that since NNPC owns NNPC Trading Limited and the refineries, they also shortlist companies that get allocation of products, lifting of crude oil and importation of products thus, giving undue advantage to the in-house company, even where it lacks the capacity and requisite requirements to do what it is doing today;

“Also aware of the general lack of transparency and level playing field in favour of Duke Oil to lift products without payment as against its competitors in the sector; “Further aware that these have combined to make Duke Oil the highest money earner and at the same time, the highest money waster because of the massive corruption in the way and manner they transact business;

“Concerned that this relationship has helped to greatly stifle the growth of indigenous companies operating in the sector;

BaruDuke Oil
Share
Subscribe to our newsletter
Sign up here to get the latest news, updates and special offers delivered directly to your inbox.
You can unsubscribe at any time