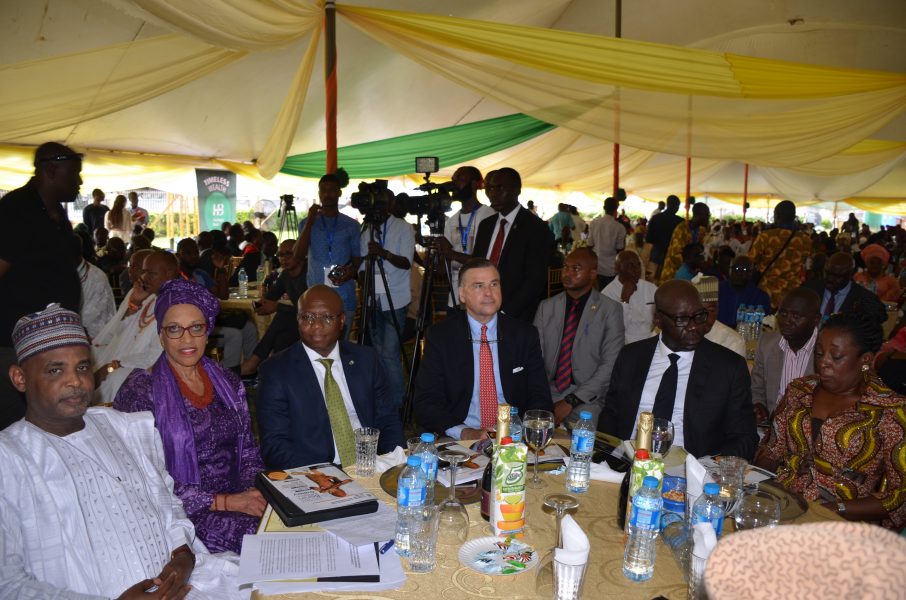 The MD/CEO of the bank, Ifie Sekibo yesterday stated this at the Exhibition Gallery of National Museum Benin by the National Commission for Museums and Monuments (NCMM) in collaboration with the Edo State Government, and the Smithsonian Institute, United States of America, which Heritage Bank was the lead sponsors.

The exhibition focused on photographic works of Chief Solomon Alonge, photographer to Royal Court of Benin kingdom during the reign of Oba Akenzua II.

Represented by the Executive Director, Jude Monye, affirmed, “the art and culture industry has become one of the major contributors to so many countries gross domestic products (GDP) and Heritage Bank is committed to supporting it because it is part of Nigeria’s heritage.”

According to him, Heritage Bank has continued to make efforts in supporting ideologies like this, using arts as a tool to promote cultural awareness and to help younger Nigerians form a strong sense of National identity.

He assured that the bank would always be driven by cultural heritage in delivering distinctive financial services to create, preserve and transfer wealth.

In his presentation, the Minister of Information and Culture, Alhaji Lai Mohammed, called on states to emulate Edo in collaborating with the federal government to promote culture, tourism and the arts.

The minister, who was represented by Director General, National Commission for Museums and Monuments, Yusuf Usman, said synergy amongst corporate bodies, states and the federal government would guarantee diversification of Nigeria’s economy whilst showcasing its rich culture.

He commended Heritage Bank, Smithsonian Institute, US Embassy and others for the exceptional supports in making a huge success of the Exhibition Gallery at the National Museum Benin by the NCMM.

Edo State, Gov Godwin Obaseki, while appreciating the Smithsonian Institution, said the exhibition would add to state’s quest to develop tourism as it makes a connection between past and present.

The governor said art was assuming a wider national importance and the possibility of it being developed as a self-sustaining alternative to oil revenue was now being appreciated across the country.

Earlier, US Ambassador to Nigeria Mr. Stuart Symington described the occasion as historic to both Nigeria and America.

The Director Emerita, Smithsonian’s National Museum of African Art, USA, Dr. Johnnetta Cole, said that the exhibition was first in Africa and to showcase the rich culture of Benin kingdom.

A representative of the Oba, the Iyase of Benin Kingdom, Chief Sam Igbe, said the Benin artworks gained prominence in Europe in 1897 after the Kingdom was attacked by the British soldiers, who later took the artworks to Europe.

The high point of the event was the launching of the book “Fragile Legacies,” the photographs of Solomon Osagie Alonge, and a tour of the exhibition area by governor Obaseki.

Father of Las Vegas gunman was a notorious bank robber