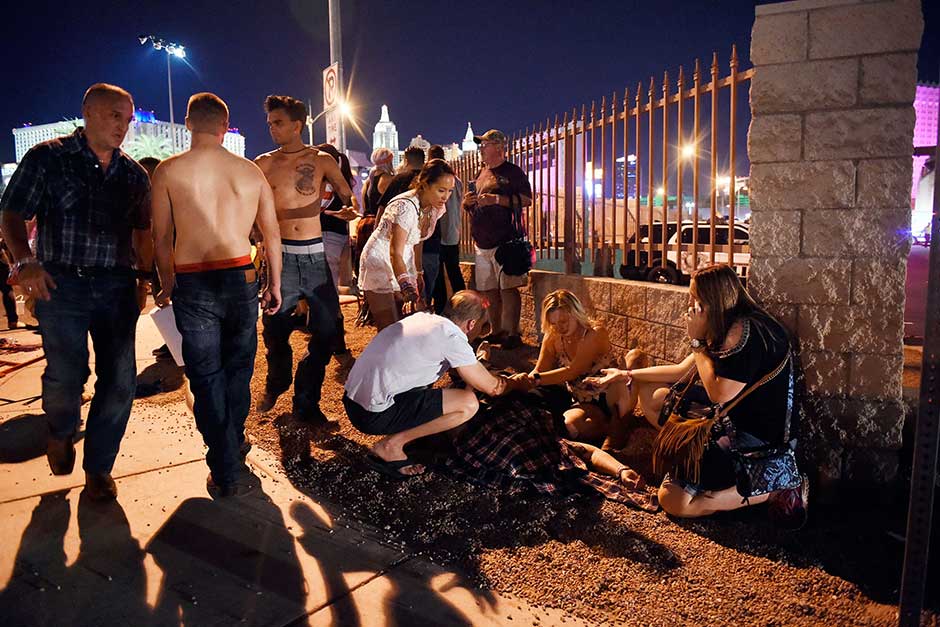 [dropcap]M[/dropcap]ore than 50 people have been killed when a gunman went on a shooting spree on the Las Vegas Strip, police and US media reports said on Monday.

This is the deadliest mass shooting in U.S history.

Police said that the shooter was taken “down” after officers swarmed over the famous boulevard following reports of multiple shots being fired from the Mandalay Bay casino.

“At this time we do have a suspect down,” Las Vegas police officer Steve Gomez told reporters, without elaborating. “We have numerous victims right now,” he added. 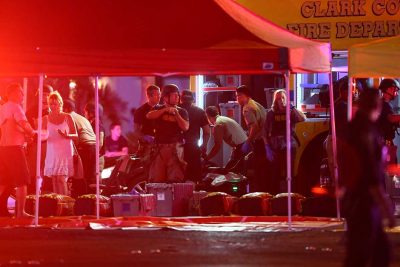 At least 100 people were reported injured, with a hospital spokesman said that 14 of those taken to the hospital are critically wounded.

Police were actively searching for a woman described as an associate of the suspect.

The associate was identified as Marilou Danley. She is an Asian woman, about 4 feet, 11 inches tall, weighing about 111 pounds. Police are trying to locate her and described her as a companion traveling with the suspect. 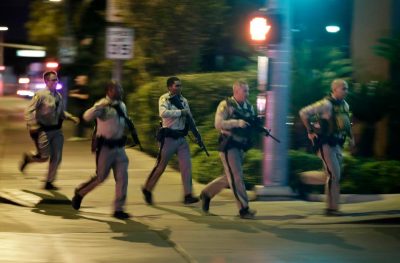 The Route 91 country music festival was taking place at the Mandalay. Hundreds of people were seen fleeing the area.

The shooting took place at the end of a performance by Jason Aldean. The singer was not injured in the shooting.

Witnesses reported hearing possibly hundreds of shots fired in multiple rapid-succession bursts, believed to be from an automatic weapon. Multiple ambulances were flooding the area to help victims.