Buhari thanks troops, pledges country will honour debt to those who serve 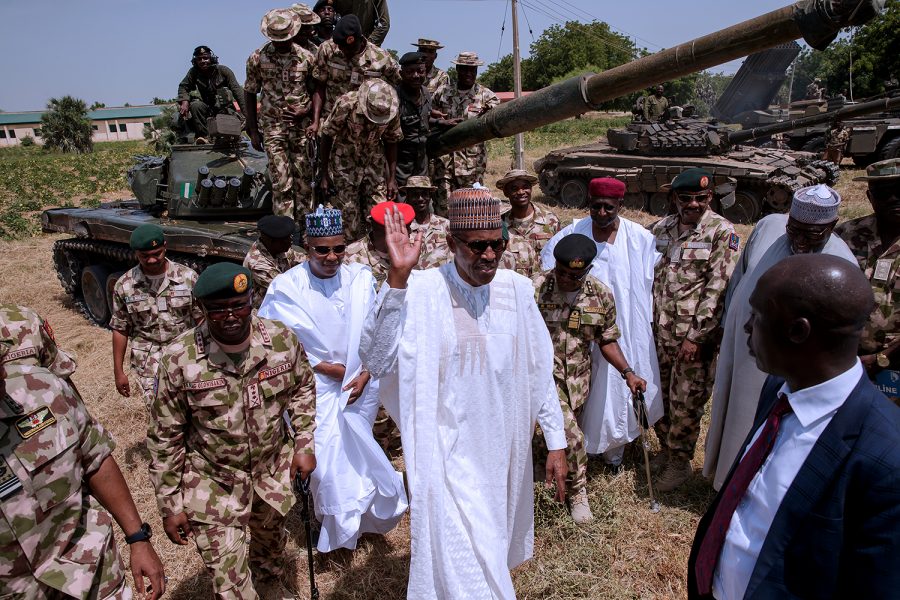 [dropcap]P[/dropcap]resident Muhammadu Buhari on Sunday thanked members of the armed forces deployed at harms way in Borno State, saying the nation will honour its debts to those who serve.

“Under this leadership, there will be resources as much as the country can afford to support your operations. As long as you live and in service, your rights will be guarded jealousy,” the President said during a surprise visit on independence day. 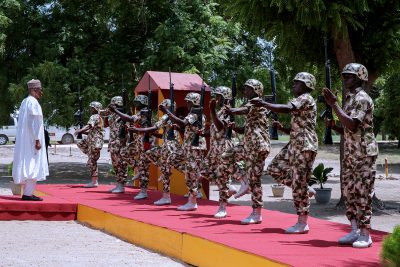 The president got a good cheer from all the support people when he assured that the country’s Armed Forces will be equipped with the best the country can afford.

President Buhari praised the gallantry of the Armed Forces for the successes recorded in defeating terrorism in the North-East and lawlessness in the Niger Delta.

The ceremony which was marked with a display of military hardware and a show of air power by the Air Force took place in the Maimalari Military Cantonment which houses the headquarters of the Theatre Command, “Operation Lafiya Dole.”
This was the first time such ceremonies will take place outside the nation’s capital. 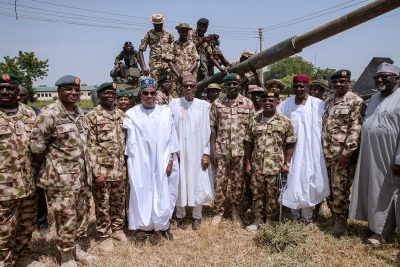 In his welcome speech at the ceremony, the Chief of Defence Staff, General Gabriel Olonisakin commended the President for showing a lot of care for the Armed Forces.

He assured the President that the country’s military will continue to be loyal to the administration and expressed their readiness to guarantee the sovereignty of the nation and the security of its people.

The CDS said the visit by the President will rejig and boost the spirit of the Armed Forces, assuring that with better morale, they will fight better.

NigeriaTroops
Share
Subscribe to our newsletter
Sign up here to get the latest news, updates and special offers delivered directly to your inbox.
You can unsubscribe at any time

Nigerians will benefit from the fruits of this nation, says Osinbajo