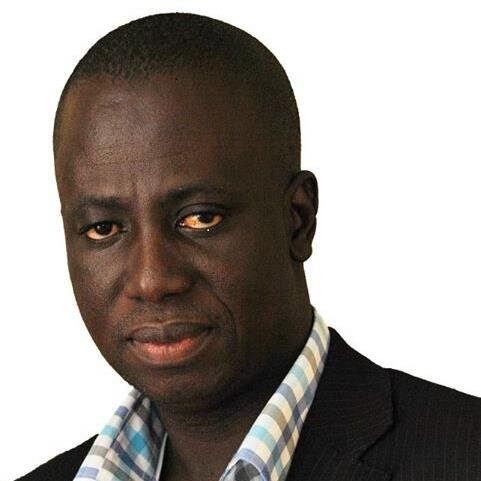 Less than 48 hours to Nigeria’s 57thindependence celebration, the Power, Works and Housing Minister, Mr. Babatunde Raji Fashola, announced the collapse of the national grid, thus plunging most parts of the nation into darkness. Though this bad news by Fashola was greeted with the usual wave-of-the-hand disposition, the battle cry of insurrection as championed by Nnamdi Kanu, leader of the proscribed Indigenous People of Biafra (IPOB) and increasing calls for the restructuring of the Nigerian Federation are signs that all is not well with a nation heading for the precipice.

Less than three hours to October 1, as I write this piece, the blaring sounds of generating sets that have become source of electricity render the neighbourhood into noise. Governance seems to have taken flight to only God-knows-where. We are now forced to provide for ourselves security, water, light and pay through our noses the education of our children/wards, following the collapse of public schools. Nigerians’ predicament is best captured by the Hausa who, while reminiscing on the glorious past in sharp contrast with the hopelessness of the present, often recall with nostalgia, “Kowa ya tuna bara, bana bata da dadi”(He who remembers the previous year is certainly not happy with the present).

Nigeria’s independence on October 1, 1960 brought obvious prospects in transforming lives and, by implication, flying the flag of excellence for the Black race. Sadly, 57 years after political freedom from the British colonial powers, our nation has become a huge embarrassment; with increasing gloom and despondency now the lots of many a citizen. In Nigeria, the world is at a loss why a nation that is so blessed by nature is incapable of rising against its misfortune of greedy political leadership.

As Governor Nasir Ahmad el-Rufai of Kaduna State rightly pointed out, Nigeria’s march for national unity was frustrated by the nation’s founders who anchored their vision for greatness on regional platforms. Succeeding leaders could not unlearn the ways of these founding leaders as they continued to deploy ethnic and later introduced religious factors, among others, to permanently divide citizens.

According to Sydney Smith, “Men are seldom to eulogize the wisdom and virtues of their fathers, but to excuse some folly and wickedness of their own.” Our nation’s founding leaders might have done what they deemed fit according to the exigencies of their times, but the questions remain: Why did succeeding political leaders fail to rise up to the needs of modern times and advance a system to guarantee justice and equity to Nigeria’s federating units? Why did subsequent leaders become irrepressible Mammon-worshipping figures committed to personal aggrandisement? Three years to three scores of our nation’s freedom, why is the labour of our heroes past becoming vain?

Less than seven years after political freedom from British colonial powers, our nation was engaged in a bitter civil war that turned out a horrendous cynosure of incomprehensible barbarity to global audience. Despite the murder of millions of Nigerians, we came out battered, but not beaten to our knees. From 1970 to 1979, Nigeria’s military leaders plundered and wasted our opportunities for greatness. With too much oil money and too little intelligence, our military leaders told a bemused world then that Nigeria’s problem was not money, but how to spend it. In demonstration of that fact, we underwrote salary bill of another nation and even loaned funds to the International Monetary Fund (IMF).

When the military finally caved in to intense pressure and transferred power to the civilians in 1979, the seed of corruption had already been consolidated in the polity. With the nation’s top bureaucrats in bed with politicians, transparency and accountability were ignored and condemned to the backwaters of our national life, just as personal interest overcame national interests everywhere. Little wonder, Nigerians were overwhelmed with joy when the military staged a comeback to power in the dying hours of 1983.

This conscious attempt to sanitise Nigeria only lasted between 1984 and August 27, 1985. A palace coup removed then Major General Muhammadu Buhari and his then Chief of Army Staff, Major General Ibrahim Badamasi Babangida, took over the reins of power. By the time the military was again forced to relinquish power on May 29, 1999, the cankerworm of corruption had become institutionalized, with many prominent Nigerians becoming richer than the state.

The year 1999 offered yet another opportunity for Nigeria, under Chief Olusegun Obasanjo, a former military coupist, with notoriety in criticizing previous military regimes, to take up the gauntlet and cleanse the Augean stable. With the master stroke of sacking military officers that hitherto occupied political offices; and rising global oil price, Obasanjo repaid Nigeria’s bourgeoning $22 billion Paris/London Club debt against advice from some economists. Besides setting up anti-graft agencies to haunt and hunt down corrupt public officials, his successor, late President Umaru Musa Yar’Adua, was later to accuse him of wasting $16 billion dollars on the power sector without commensurate impact on the polity. Obasanjo’s alleged crave for third term, as championed by his many Men Friday in the National Assembly, led to allegations of compromising national lawmakers to amend the nation’s constitution.

If Nigerians, by their votes, ended the bazaar of hair-rising corruption foisted on the nation by the Peoples Democratic Party (PDP), the All Progressives Congress (APC) has sadly not offered any hope since assuming governance on May 29, 2015. Contrary to its electoral promise of tackling security challenges that plagued Nigeria during the PDP’s years, we still have militancy upsurge in the Niger Delta region and insurgency in the North-east zone. The APC’s anti-graft war is more of stormy cloud without rain. Nigerians are still exposed to the unprecedented level of corruption in the system, just as the economy is down on all fours despite mouth-gaping funds’ recoveries and seizures. Cries of marginalization from various groups as well as discordant tunes by forces that gave birth to the APC government are enough reasons for worries. Over two years after wrestling power from PDP, dark clouds of fear-provoking uncertainties have cremated the hope for a new dawn.

Nigeria @57 has become what a nation should not be. Inordinate political ambition; quest for personal aggrandizement and unceasing hypocrisy across political, ethnic and religious divide have become major drivers in our national discourse. At every stage of our national life, the elite have always aligned themselves to prevailing strategic issues to gain access to power. Corruption has become the god of survival for men swimming in the muddy waters of Nigeria’s politics. Public institutions that produced those in the corridors of power have been destroyed to give way to private ownership. Our elite now send their children abroad after stifling our schools of funds. The door of opportunities is now being reserved for only children of the elite, while recruitment for leadership positions is strictly based on recommendation from those who benefit from the nation’s rot. The tragedy of Nigeria is not in its present woes, but in the absence of actionable efforts to steer it away from its present gloominess.

Nigeria @ 57 has become a fertile ground for power seeker to deploy ethnic and religious sentiments to access power. Having transformed the nation into a farmhouse of wealth acquisition and funneling their ill-gotten wealth into foreign accounts, the country has been rendered incapable of working for the common good of all. Our nation’s founders did great jobs in advancing interest of their regions, but their successors replaced such regional interests with personal economic and political empowerment. That is why our present leaders now prefer granting Shoprite, a South African retail store, right to spring up in all parts of the country, while local entrepreneurs are allowed to die. DSTV, another South African firm, can fleece us without any opposition from the Nigerian system that should protect its citizens. MTN, another South African giant, was making a giant kill of helpless Nigerians until GLO came to our rescue. Chinese companies are all over the nooks and crannies of some Northern state engaged in mining activities running into billions of Naira without paying royalties to the Nigerian government.

In total negation to the welfare of the majority, Nigeria @57 has promoted the enrichment of individuals and private ownership of oil blocs, thereby widening the gap between the rich and poor. No nation develops this way. The deafening cries for restructuring reflect the yearning for change in the ways our local oppressors have governed us. Nigeria stands on the threshold of a new dawn. The proscription of IPOB and strident condemnation of restructuring advocates by those in the corridors of power are grossly insufficient to drown the cries of agitation against oppression. Injustice may last for a while, but repression has in itself seeds of internal destruction.

As Nigerians recall the memory of their political freedom from the British colonial powers on October 1, 1960, we must resolve to diligently work and walk towards achieving our freedom from the gang of economic vampires that have turned our nation into their personal fiefdoms. Nigeria @57 must either unlearn its past or stands the risk of balkanization. The injustices of the Nigerian system are overflowing and threatening to sweep away our country into an endless ocean of national catastrophe. Having fought a civil war to defend the unity of our country, now is the time to rise up and wrest Nigeria from those who seek to make merchandise of her for themselves and their unborn generations.

Musa Simon Reef is Editor-in-Chief of Forefront and can be reached via: simonreef927@gmail.com

Buhari thanks troops, pledges country will honour debt to those who serve

Catalonia has ‘won the right’ to independence