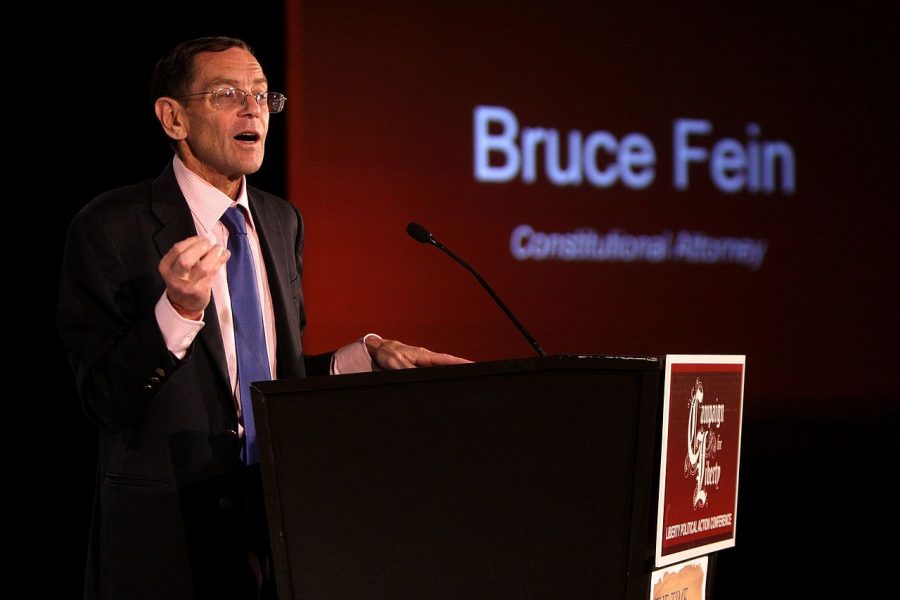 [dropcap]C[/dropcap]ontroversial former U.S attorney-general Bruce Fein has urged the United Nations Security Council, under Chapter VII of the United Nations Charter to designate Nnamdi Kanu as an “internationally protected person” as defined in the Convention on the Prevention and Punishment of Crimes Against Internationally Protected Persons, Including Diplomatic Agents.

Article I of the Convention defines an “internationally protected person as “A Head of State, including any member of a collegial body performing the functions of a Head of State under the constitution of the State concerned, a Head of Government or a Minister of Foreign Affairs, whenever such person is in a foreign state ….”

“In sum, Nnamdi Kanu, qualifies as a “Head of State” under the Convention. He is one of a group of IPOB leaders who perform the core government function in the South East region of Nigeria of protecting the physical safety of innocent civilian Biafrans from predation or murder by Hausa-Fulani terrorists. He is subject de facto to Nigerian martial law. He possesses lesser rights than a foreign diplomat in Nigeria. Mr. Kanu is a de facto foreigner in Nigeria and a Head of State in de facto foreign territory in the South East within the meaning of the Convention.”

“The United Nations Security Council, through a resolution or otherwise, should designate Mr. Kanu as an internationally protected person. His status falls within the jurisdiction of the Security Council under Chapter VII of the Charter because the Nigerian Government’s threatened force or violence against him threatens international peace and security in West Africa and elsewhere.”

“As an internationally protected person, Mr. Kanu falls within the protections of the Convention. Under Article 4, all parties are required to undertake measures to deter the Government of Nigeria from criminal action against him by an embargo on arms sales, financial sanctions, or otherwise. The United States has specifically criminalized the assault, harm, murder or manslaughter of internationally protected persons in 18 U.S.C. ¶¶ 112 and 1116.”

“In fact, IPOB is a peaceful political group led in part by Mr. Kanu that seeks restructuring of Nigeria in conformity with time-honored principles of self-determination, he alleged.

“The United States Government has denied that IPOB is a terrorist organization. It is not listed as such under United States law. No nation seriously considers IPOB to be anything other than a peaceful political group representing the political interests of a substantial part of Nigeria’s fifty million Biafrans.”

Fein is a scholar for the American Enterprise Institute, which is closely connected to AIPAC, a main lobby for Israeli interests. Fein’s business associations largely consist of foreign governments and large oil conglomerates, all of which seem to be strange bed fellows for a “constitutional lawyer” of the United States, Per Second News gathered.

Investigations shows that Mr Fein is currently a lead lawyer at the Lichfield Group a law firm that holds many global partnerships in addition to its political and media consulting. On its own website it alludes to directing or managing global concerns, including assisting foreign governments to influence the United States Congress.

In recent years, Fein has had his ethics called to question over a money laundering scandal involving the Turkish Coalition Of America (TCA) and Republican Representative Jean Schmidt from Ohio. This prompted a House Ethics Committee hearing in August of 2011. Although Fein was representing Schmidt, a U.S Congressman, he had been in collaboration with the TCA and the Turkish lobby for sometime. Its not hard to think there may have been a conflict of interest.

Sibel Edmonds, a well-known FBI whistleblower had this to say about Fein’s character:

“With Bruce Fein you have exactly the opposite stand. He has been a crusty foreign lobbyist making millions of dollars peddling his foreign bosses’ interests and influence in Congress and government agencies. For Fein it has never mattered who the foreign client or what their agenda. He does not care whether his foreign clients are criminals or terrorists or dictators. As long as they pay him handsomely he’ll sell their agenda and interest no matter what they may be.”

Reports in the U.S alleged that,  it was Fein who authored the very first articles to impeach  former U.S. President Barack Obama, later introduced by Representative Walter Jones of North Carolina.

Bruce FeinNnamdi Kanu
Share
Subscribe to our newsletter
Sign up here to get the latest news, updates and special offers delivered directly to your inbox.
You can unsubscribe at any time

The Day in Pictures: When parties unite, there is help in sight- former presidents Obama, Bush and Clinton