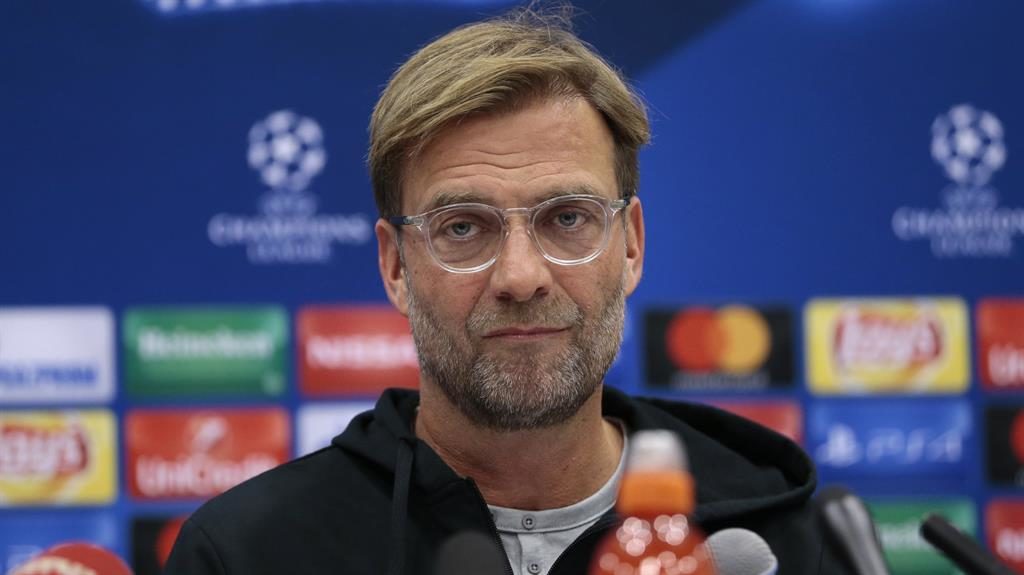 By Glen Price—-Jurgen Klopp is still confident Liverpool will reach the knockout rounds of the Champions League despite their 1-1 draw with Spartak Moscow on Tuesday night.

Liverpool were held to another frustrating draw to leave them with two points after as many group matches, wasting a number of golden chances to pick up a win at the Otkrytie Arena.

Spartak’s Fernando put the hosts into the lead from a long-range free kick in the 23rd minute before Philippe Coutinho netted an equaliser eight minutes later.

When asked at his postmatch news conference whether he has seen enough from his team to give him confidence that they will go through to the last 16, Klopp replied: “Yes, of course I have seen enough.

“We know more about the two teams now, we were in both games the better side. We know Moscow have a lot of injury problems tonight, for sure Quincy Promes will be back for the next game and a few other players, really good players, so that will change their game also.

“But what is confidence? In football you can never be sure. Yes, we are strong enough to go through this group, but we have to do it; when the door is open, you still have to walk through it and the door is not even open, we can [just] see a little bit of light in behind.

“But we will be ready to go through because the boys really work hard. You can see that they really want [it]. Stay cool, carry on, work hard and you will succeed in the end.”

Klopp criticised the referee’s decision to award Spartak the free kick that led to the opener after Coutinho was adjudged to have upended Aleksandr Samedov.

While the Liverpool manager does not believe his side are benefiting from good fortune, he insists the number of opportunities they created is one positive to take from the game.

“We, in this moment, are not the luckiest team in world football, so it’s not that things go easy for us,” Klopp added. “We did really well in creating chances against a very defence-orientated team.

“We didn’t give a lot of chances away for them; the free kick they scored with was not a foul, so it’s difficult to change this. In defending if you win the ball clear and there’s still a whistle it’s difficult, but it was a brilliant free-kick.

“We made our equaliser, we scored and we could have created even more chances, that’s the crazy thing. We did enough and we had four or five 100-percent chances and that’s then disappointing, but it is like it is.

“In the Champions League in the group stage the only target you have is to go through the group to the next round, and that’s still possible for us.

“We know now more about two teams in the group and both games we could have, or should have, won but we didn’t. In the end, that’s always our fault, but we will carry on and carry on like this, or even better.

Meanwhile, Reds captain Jordan Henderson believes he and his teammates should be coming away from Russia with three points, adding that they need to become more “ruthless.”

“It’s disappointing,” he told BT Sport postmatch. “We controlled the game from start to finish, so should win the game comfortably.

“We’re disappointed. The chances we had, we’ve got to win the game comfortably there.

“We’ve got to make sure we don’t give goals away, first and foremost, and then the worst-case scenario is it would be 1-0 to us. We’ve got to just keep going.

“On another day, it could have been three or four. We could have had a penalty as well on [Mohamed] Salah. Overall, the performance was decent but not enough to win the game.

“I thought we defended well for the majority of the game and created chances — but we’ve just got to finish teams off and be more ruthless.”

“We played a great game against a very good team. I don’t have any complaints about my team’s performance. I just want to praise everyone,” he said.

“Am I happy with the result? Yes, we got a draw against a very good team.”

KloopLiverpool
Share
Subscribe to our newsletter
Sign up here to get the latest news, updates and special offers delivered directly to your inbox.
You can unsubscribe at any time