Party chieftain demands recall of any legislator who votes against abrogation of SIEC, LG autonomy 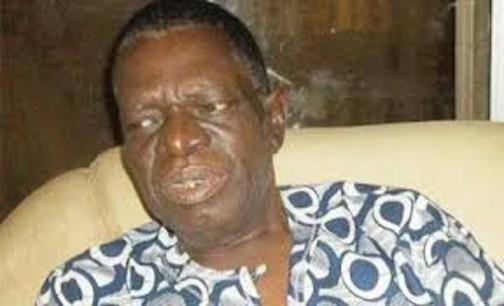 National Leader of Action Democratic Party (ADP) in the South-south zone, Senator Roland Owie, has demanded the recall of any state legislator who votes against the proposals to amend the constitution to abrogate State Independent Electoral Commissions (SIECs) and grant autonomy to local governments.

Owie spoke at the weekend in Uromi when he addressed a meeting of ADP leaders and members.

He said it was about time that the stranglehold of the state governors on the SIEC in the conduct of local government elections was broken, stressing that abrogation of SIEC would satisfy that yeaning.

Commending the National Assembly for voting in favour of local government autonomy and abrogation of SIEC, Owie stated that well-meaning Nigerians, including civil society organisations, should exert pressure on state legislators to do the needful by voting in concurrence with federal legislature whenever they consider the constitution amendment bill.

According to him, “It was here in Uromi, in the last local government elections that while collation was ongoing, results were being announced in Benin.”

He also disclosed at the meeting that ADP “is Nigeria’s political Noah’s Ark,” point out that “The party is massively recruiting men, women and youths of goodwill from the existing political parties and those great technocrats and business men and women, who have been watching from the sidelines for a long time while our great country was being wounded.

“Nigeria was being wounded and is still being savaged to the extent that after 16 years of civilian admstration, Lagos-Ota road, Lagos-Ibadan road, East-West road, 2nd Niger Bridge, Benin-Abuja road are still a mirage.

“Within these 16 years, flourishing parastals established by our founding fathers like NITEL, Aladja Steel, Ajaokuta Steel, Iwopin Paper Mill, Bacita Sugar company to mention a few were sold off by prodigal admstrations. As at today most pensioners of were never paid a dime. What an injustice!”

Recall
Share
Subscribe to our newsletter
Sign up here to get the latest news, updates and special offers delivered directly to your inbox.
You can unsubscribe at any time