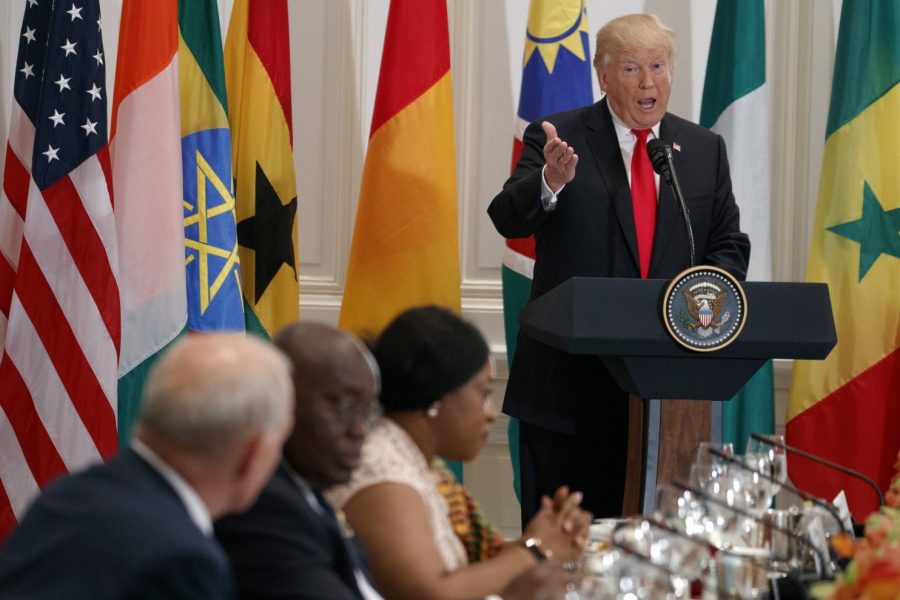 [dropcap]P[/dropcap]resident Donald Trump Wednesday says he’s interested in boosting U.S. investment in Africa to help create jobs and opportunity on both sides of the Atlantic.

He told the African leaders at the luncheon in New York that he hopes their businesses will consider investing in the U.S., too.

Trump says Africa has tremendous business potential. He says he knows that because “I have so many friends going to your countries trying to get rich.”

He went on to praise health care advancements in the non-existent country of Nambia. It is unclear if he was referring to Gambia in West Africa, Zambia in southern Africa, or perhaps Namibia in southwest Africa. White House transcripts suggest the latter.

Trump says when he sees these leaders he sees “partners” for promoting prosperity and peace. The lunch took place at the Palace Hotel, Manhattan, New-York.