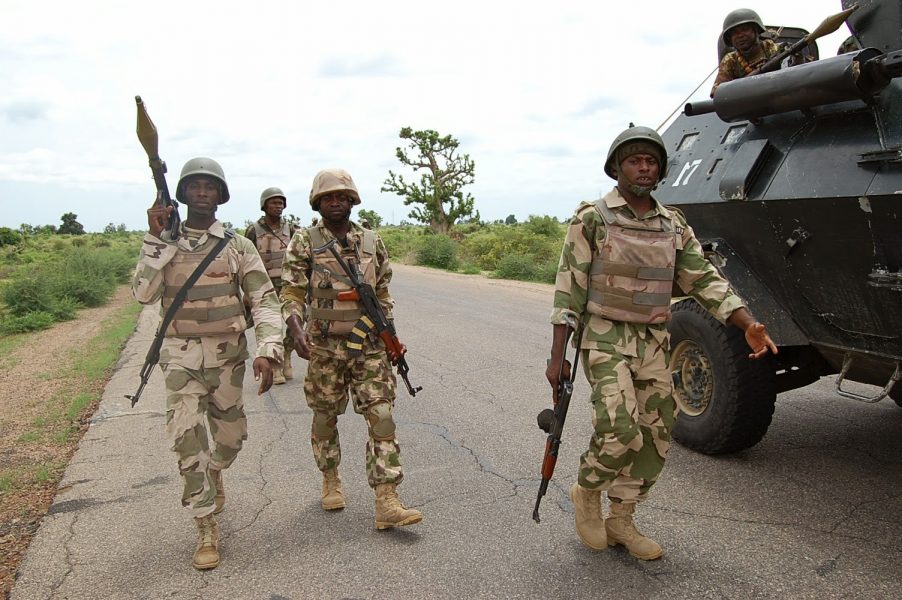 [dropcap]G[/dropcap]overnor Okezie Ikpeazu on Sunday said that the Military has begun scaling down its deployment to Abia state, signalling mission semi-accomplished for the one month exercise code-named ‘Operation Python-Dance.’

“we are grateful to God for intervening in stopping what could have been the greatest bloodbath known in the history of mankind, the governor said when he visited the secretariat of the Nigeria Union of Journalists (NUJ) Abia council to commiserate with journalists over last Tuesday’s invasion of the secretariat by soldiers.

The governor described the invasion of the NUJ secretariat as unwarranted, saying that “journalists do not deserve such an attack.”

He said that although journalists faced different hazards in the course of their duty, military attacks only happened under military regime or war situation and not in a democracy.

The governor noted that the presence of the troops sparked tension across the state.

He also thanked President Muhammadu Buhari for reposing confidence in Southeast Governors’ Forum, “by giving us a second chance to talk to our people on the need for us to live as one united nation.”

He added that the Igbos remained the most widely travelled people in Nigeria, living and conducting businesses in every nook and cranny of the country.

The governor put the estimated population of Igbos in the north at about 12 million, with Borno having the least population of about 50,000 Igbo households.

AbiaMilitary
Share
Subscribe to our newsletter
Sign up here to get the latest news, updates and special offers delivered directly to your inbox.
You can unsubscribe at any time

VP Osinbajo’s remark at the combined NDA passing out parade