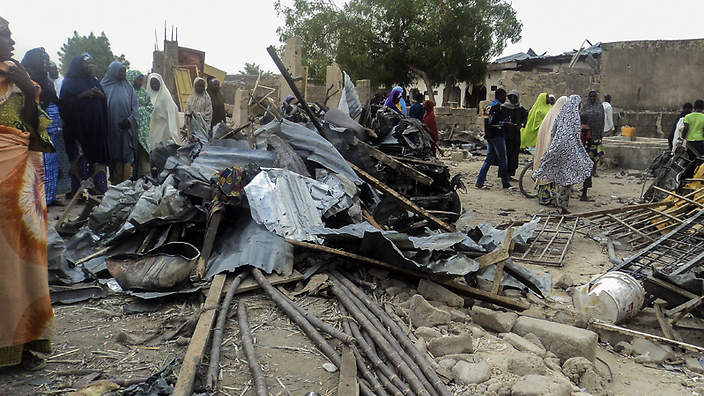 [dropcap]A [/dropcap]suicide attack at an aid distribution point in the town of Konduga, Borno state left at least 15 people dead on  Monday.

“It happened during aid distribution by an [non-governmental organization], when people had gathered to receive donations,” one rescue worker, who spoke on condition of anonymity, told Press TV. He said 43 people were injured.

It’s unclear who was responsible for the bombing, though officials said it bore the hallmark of a Boko Haram attack.

Earlier this month, Amnesty International said that though Nigeria has claimed victory over Boko Haram, the group has been responsible for a recent spike in civilian deaths in Nigeria and Cameroon.

Amnesty International said the rise in attacks may be explained by the displacement of Boko Haram militants from the Sambisa Forest in Nigeria to the Mandara Mountains in Cameroon.

Attacks by the group killed at least 223 civilians in Nigeria and 158 in Cameroon since April, double the number of civilian deaths in the five months leading up to April.

Borno
Share
Subscribe to our newsletter
Sign up here to get the latest news, updates and special offers delivered directly to your inbox.
You can unsubscribe at any time