Could a Pill Put the Brakes on Aging? 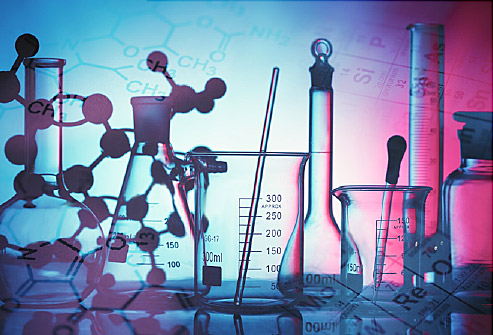 By By Matt Smith

The No. 1 risk factor for all the big diseases — cancer, heart disease, Alzheimer’s — is aging.

But instead of treating the diseases, could a drug treat the aging process itself?

That’s the idea behind a growing area of research drawing extensive support from both government and private donors, including millions from Silicon Valley executives like Microsoft co-founder Paul Allen and venture capitalist Peter Thiel. While federal science agency budgets have struggled in the past decade, funding at the National Institute on Aging has risen more than 50% since 2007.

Researchers are seeking a drug to push back the most serious consequences of aging — and keep people healthy, active, and alert years longer, a notion they call “health span.”

“I’m not interested in creating a population that lives to be 200, because that would be a problem for the world we live in,” says Corinna Ross, PhD, a biologist at Texas A&M University in San Antonio. “But if we can keep people out of nursing home care and reduce the number of Alzheimer’s and Parkinson’s patients, that would be ideal.”

What scientists know about aging has advanced sharply in the past 2 decades as they learn more about what drives the aging process within cells. With the race on to find an anti-aging pill, two of the most promising ones are drugs that already exist: metformin and rapamycin.

Doctors have prescribed metformin, the most common drug to treat type 2 diabetes, for about 60 years. But it’s received new attention as a possible anti-aging drug after researchers in Britain found that people with diabetes who took it outlived some of their peers who did not have the disease by 15%.

“They compared them to a whole bunch of people who were matched for weight and smoking and [other factors] but who didn’t have diabetes,” says Steven Austad, PhD, chairman of the biology department at the University of Alabama at Birmingham. “It turned out the diabetics on metformin were living longer than the non-diabetics who were not on metformin. … It was very, very intriguing.”

Austad is a bio-gerontologist and scientific director of the American Federation for Aging Research. The organization is trying to raise about $65 million in federal and private funding for what Austad says would be the first human trial of an anti-aging drug. Researchers would give the drug to people ages 65 to 80 with no chronic conditions, then wait to see how long it takes until their next major health problem shows up, Austad says.

Scientists believe the drug works in the mitochondria, the powerhouses in the body’s cells that convert sugars like glucose into energy. Austad says metformin makes those powerhouses run more efficiently, reducing the release of substances known as free radicals. Free radicals can damage cells, hurting their ability to reproduce and causing defects.

Metformin may also activate an enzyme that controls the body’s demand for energy. Austad says that activation mimics the effect of a low-calorie diet, something researchers say can extend life span in laboratory animals.

Biologist Ross is one of several scientists who have looked into the potential life-extending effects of rapamycin. This potent drug, also known as sirolimus and the brand name Rapamune, is most often used in chemotherapy and to keep the bodies of transplant patients from rejecting a new organ. Studies show that the drug can extend life span in mice, roundworms, and monkeys known as marmosets.

Like metformin, rapamycin works on a cell’s mitochondria, where it may change how cells burn glucose, Ross says. Researchers suspect rapamycin can keep the mitochondria running smoothly longer.

“The image I teach to my students is the idea of a factory running out of control, and it’s just spewing stuff out the windows, and you’ve got a negative cascade effect,” Ross says. Preventing mitochondria running wild and burning out can head off effects like inflammation — a common contributor to age-related diseases.

Rapamycin “works in everything from yeast to mice. It works in multiple mouse strains and backgrounds. It works in both sexes,” says biologist Brian Kennedy, PhD former president of the Buck Institute for Research on Aging in Novato, CA. “I think it’s really exciting.”

For example, the drug has extended life span in mice by 30% to 50%, Austad says. And multiple animal studies show its promise for protecting against cancer and heart disease, as well as degenerative brain disorders like Alzheimer’s.

But it has some powerful side effects.

Rapamycin can cause mouth sores, cataracts, and diabetes. It can also raise the risks of infection, bleeding, and some types of cancers, such as skin cancer. It can cause high blood pressure, fever, and anemia.

Kennedy says much of the rapamycin research under way is aimed at figuring out how to reduce its side effects. What researchers know about the drug’s side effects comes from people who already have serious health problems and who usually take it in combination with other drugs. But they don’t know whether those same issues would happen in healthier people taking the drug on its own.

So while rapamycin appears to produce more dramatic results, metformin is likely to get a clinical trial in humans first, Kennedy says.

“Metformin has been in millions of people. It’s pretty safe as drugs go,” he says. And as doctors and scientists delve deeper into anti-aging research, “The last thing we want is a drug that’s going to cause toxicity and have something like that happen, because that’s going to set the whole deal back.”

Ross’s marmoset study, published in 2015, was the first to look at rapamycin’s side effects in healthy primates. Like humans, marmosets have a higher risk of heart problems and metabolic illnesses when they’re obese. The study found no notable metabolic problems in a group of the monkeys who received rapamycin in human-equivalent doses for a year, and they lost significant amounts of body fat in the early months.

Beyond metformin and rapamycin, other research has looked at the potential anti-aging role of various drugs, hormones, and food compounds, with mixed or uncertain results:

Resveratrol, a compound found in grapes and nuts, may reduce stress that leads to cell aging. Research shows it can extend life span in yeast, worms, and fish, but these effects haven’t been demonstrated in humans yet.
Acarbose, a diabetes drug that can block the body’s absorption of carbohydrates, showed promise in male mice, but did little for females, Kennedy says.

A hormone called 17-alpha-estradiol, a type of the female hormone estrogen, has shown “great promise” in extending longevity in mice, Austad says. But its side effects haven’t been investigated enough to know what risks they may pose.

Kennedy says being able to prevent some of the most debilitating age-related illnesses holds out the hope of a better life.

“We’re better at keeping people alive with various diseases of aging, but we rarely bring them back to full health,” he says. “I think it’s going to be much better for the quality of life of the individual, and much better economically, if we can just keep them from getting sick in the first place.”

Aging
Share
Subscribe to our newsletter
Sign up here to get the latest news, updates and special offers delivered directly to your inbox.
You can unsubscribe at any time