North Korea threatens to ‘sink’ Japan and turn U.S. to ‘ashes and darkness’ 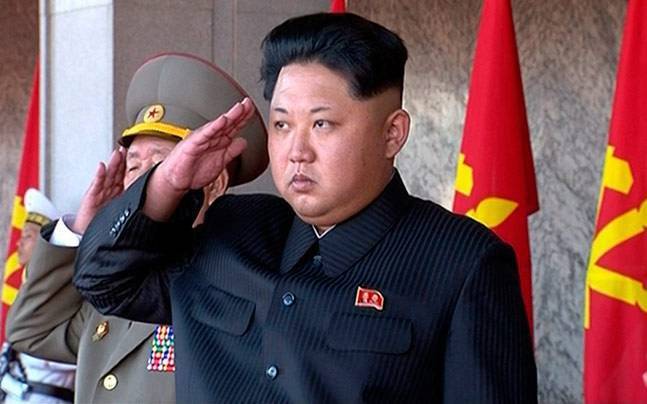 [dropcap]N[/dropcap]orth Korea threatened Thursday to use nuclear weapons to “sink” Japan and turn the United States into “ashes and darkness,” in reaction to the new U.N. sanctions imposed over its nuclear and missile programs.

“The four islands of the archipelago should be sunken into the sea by the nuclear bomb of Juche. Japan is no longer needed to exist near us,” said the Korea Asia-Pacific Peace Committee, which is North Korea’s official propaganda arm.

The moves have elicited a series of counter-threats from President Trump, although the possibility of war remains remote. The North Korean statement also called for the breakup of the U.N. Security Council, calling it “a tool of evil” and comprised of “money-bribed” nations.

Juche, which translates as “self-reliance,” is Pyongyang’s ruling ideology, a blend of Marxism and hyper-nationalism.

The sanctions were unanimously adopted by the United Nations Security Council this week after North Korea’s sixth, and possibly most powerful, nuclear test this month. Leader Kim Jong Un had also threatened to launch missiles over Japan into the Pacific and toward the U.S. territory of Guam.

North Korea
Share
Subscribe to our newsletter
Sign up here to get the latest news, updates and special offers delivered directly to your inbox.
You can unsubscribe at any time