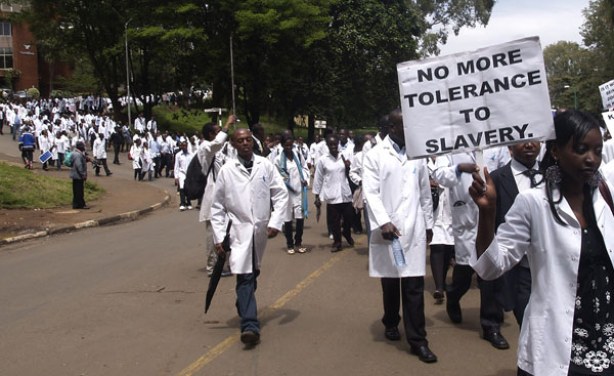 [dropcap]T[/dropcap]he strike by resident doctors of Nigeria (NARD) was called off Wednesday, 10 days after it had started, to monitor the level of federal government’s compliance with the agreement reached.

The doctors vow to resume the strike in two weeks if the discussion with the government fails.

The two weeks period is to afford the doctors enough time to further discuss with the federal government to arrive at final solutions to the contentious issues.

The National Executive Council (NEC) of NARD took the decision at its meeting in Abuja on Wednesday night to appraise the implementation of its agreement with the government.

The chairman of NARD UCH chapter, Dr Segun Olaopa, said “the decision was reached following appeals from the public that the doctors should give the federal government more time to meet their demands”