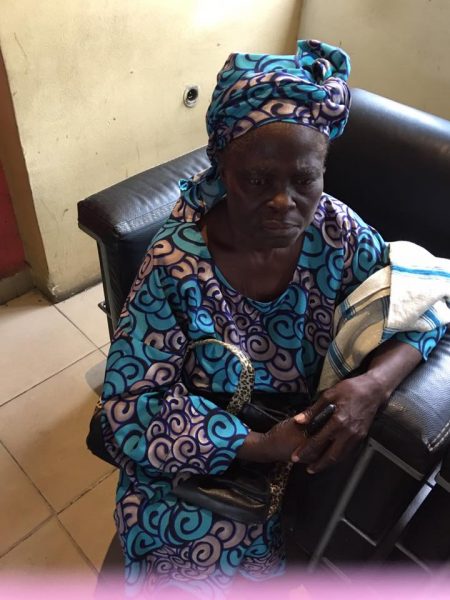 [dropcap]C[/dropcap]enturies ago banks actually stored real money (gold) and gave their customers paper receipts which made transferring and transporting easier. Then as time went by, banks just began storing currency.

In those days the term “bank robbery” used to mean a man with a gun would come in and steal the currency from the bank.

Now, in the 21st century, the term “bank robbery” has a completely different meaning. Now, to quote the popular Russian turn of phrase, the bank robs you!

Now, banks like Diamond Bank are just outright defrauding and stealing from people!

About six months ago, Mrs Comfort Ashaye, a Pensioner was shocked to discover that every kobo of the N572, ooo.00(Five Hundred and seventy-two thousand) in her personal account with Diamond Bank had apparently vanished without trace, with no warning or explanation. A few days later, after she contacted the bank, she was threatened and shoved away.

Her pension was paid into her Diamond Account (statement in pic below). On March 28 2017, her total pension was withdrawn overnight by fraudsters, said Sola Salako of the Consumer Advocacy Foundation of Nigeria CAFON. 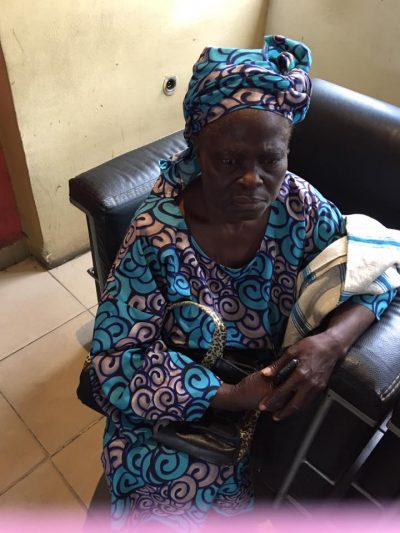 Various thoughts went through the mind of the aged pensioner,  had the money been stolen by fraudsters, or was it simply a technical fault?

According to Mama Ashaye, she went to her branch opposite Motorways Plaza Toll Gate area of Ikeja and the Branch manager shooed her away without letting her make a formal complaint.

She reported to a radio journalist Mr Joseph Folorunsho who tried to investigate but the same branch manager  with name Ijeoma threatened to lock him up and called security to harass him.

What is even crazier, is that they appear to be doing it shamelessly.

This is the 3rd case of fraudsters wiping out consumer’s funds via online or phone platforms from Diamond Bank, according to Salako of the CAFON.

The young nursing mother narrated the tale of her missing money to the media.

According to the boutique owner the bank and their staff duped her since 2014 and all efforts to recover the said money have fallen on hard rocks as Diamond Bank has ”failed, refused, declined, rebuffed and or neglected” to do anything about her case.

Ann said the bank officials literally asked her to ”go to hell.”

“I am a young nursing mother, married to a loving husband who believes in the old fashioned tenets of hard work, industry, grit and determination. I have never cheated anyone in my life, neither have I ever enjoyed unfair advantage in all my dealings all through my years on this earth- either in private or in the course of doing business, yet I have been robbed blind by the very people I trusted with my life’s savings.

“Sometime in 2011, in my quest for financial independence, I decided to register a boutique at the CAC, with intent to open one around the Wuse axis once I had money. I wanted my boutique to serve Abuja residents especially the womenfolk with good female wears and accessories. I scrounged money from family, friends and savings to rent a shop at Suite F15 and 45, Old Banex, in Wuse 2, Abuja.

“Bad things are not supposed to happen to good people right? Yes, but my case is unfortunately different. I am asking why this kind of fate should befall me now, losing all the savings I ever worked for, for the simple reason I chose to bank these savings, the proceeds of my business with Diamond Bank.

“A Cube Boutique was thus born- it was tough, but I succeeded, only to start another battle, trying to raise money to stock it. I managed to do so successfully again months later, such that by 2012, I had commenced operations. I put in my all- body, soul and spirit as my modest efforts soon began to pay off. By the following year, 2013, I was already doing good business, turning over a tidy profit.

“Up until this point, I was still using my personal account for business, but I soon realized I couldn’t operate in that manner- I needed to separate my personal money from my business earnings. I decided to open a corporate bank account where all my sales proceeds would be paid into as I was getting more and more patronage. I was looking at doing so in Zenith or GT or any of the old traditional banking institutions.

“Since they were so desperate, I reluctantly decided to push business their way and take my money to their branch- my biggest mistake. On the 16th January, 2013, I reluctantly opened a corporate account in the name of my boutique, A Cube with Account Number: 0030126504 with initial deposit of N200,000 at the Banex Plaza branch of Diamond Bank, Abuja.

“This account practically had a No Debit Status, as I hardly ever withdrew from this account. All I ever did was pay sales proceeds into it. Having no need to frequently transact on it myself, I needed no further banking platforms to be operative thereon- no mobile banking, no internet banking, no ATM card even.

“Maximum withdrawal limit for this account was the statutory default authorized across board by Diamond Bank for all corporate customers- maybe N500,000 daily or so. I never bothered to find out the daily limit for this account as I had never debited it to any tune. I paid money regularly into this account without let or hindrance till November 2014 when I had to travel on a business trip to London.

“While there, I got a good deal for my boutique and needed money to close this transaction. I had money in this my diamond corporate account, but couldn’t withdraw as I was overseas. I called my then account officer, a certain Mr Toochukwu, to ask how I could get money from this account. He said I could only do so if I was an internet banking customer- I had to be enrolled on the internet banking platform of the bank. 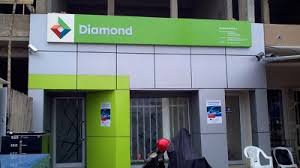 “Could I do this from London? Enroll for this online banking service? No, he said. I must be physically present to be enrolled. Thank you very much, I said and hung up. Case closed. This was on the 24th November, 2014.

“A day later, unbeknownst to me, a Diamond Bank staff- probably this account officer, Toochukwu and their branch manager, both knowing I was away, conspired to forge my signature (a forgery that was so poorly done even an untrained eye would have seen the difference right away) to authorize an online limit reset of N5million, from I guess, the daily limit of N500,000.

“Yet the day after- that is just two days after my call, they then went ahead, with the active collusion of a customer service official, of the bank, one Mrs Ifeoma Ndukwe, to approve this request limit reset and fraudulently transferred N4.18m electronically from my account leaving me only N23, 345 of my life savings. Just twenty three thousand!!!!

“By then they had blocked, retrieved and reactivated my mtn line to make sure I didn’t get any debit alert, moving the money to the diamond bank account of a certain Mr Ogunmuyiwa Paul, with account number, 008880562, a purported bureau de change operator hawking dollars in zone 4.

“I didn’t know this at the time as they had blocked and taken control of my line, more so since I was abroad. On returning sometime in December, I continued operating on the account as usual, without suspecting anything. I had by then retrieved my line again, so when I had a customer deposit N900,000 into the account, I was expecting to see a credit balance of almost five million naira. Imagine my shock when I saw my total savings not amounting up to even a million naira.

“I got in touch with the bank and my account officer, Mr Stanley Idomeh- a new account officer, by the way, as the other one, Mr Toochukwu (who I had called from london) had by now been sacked- and asked about this happenstance. I was told that N23,000 bar the new deposit was my balance and this was so because I had authorized a transfer of N4.18m sometime in November- the previous month!

“Authorizing such a huge transfer while I was away? Without internet or mobile banking? Making a N4.18m withdrawal on an account whose highest ever single debits were bank charges of no more than eight naira at the most? Highest being three hundred naira over that entire year?

“How could this be? I asked? I had travelled home for Christmas, by then so on my return to Abuja in January 2015, I went to the branch. They repeated the same story and I told them, I don’t operate internet banking on that account, so there was no reason ab initio to increase my daily limit from whatever it was to N5million.

“I showed them my passport and told them I was not even in the country at the time of the afore said transaction, and could they refund my money?
They said no, and we dragged back and forth. I later requested for the said reset letter request and a hazy, poorly done letter was pulled from some file. It was quite clear my letter head was forged and even clearer, my signature was forged as well. Even a child would have seen it was forged , yet they insisted it was not, and that they had confirmed it.

“I was told to write a letter of complaint, which I did sometime that January. It took months for Diamond Bank to reply me, and when they did via a letter reference BANEXPLAZA/ABJ/BK/IO/12/03/2015 dated 23rd of March last year, the bank said were not liable for this unauthorized transfer and as such were unable to accede to my request for a refund.

“They went further to aver that they could not refund me because they had enrolled me on their online application on December 19, 2013 (but failed to show documents wherein I applied for such) and that they had sent transaction codes to my phone number (please since when have banks started sending access codes and transaction details to phones?)

“I have never requested for online or mobile banking on my account and I have reiterated this to them severally. I tried to explore mechanisms of dispute resolution within the next few months to no avail. After waiting several months, with no sign of any resolution from their part, I had to get my solicitors to write to them.

“My petition was a request for Diamond Bank to investigate fraud on my account and theft of my money. They didn’t even bother to reply my solicitors. When I saw my peaceful approach was leading to nowhere, I had to finally report the matter to the police, late last year, she said.

Diamond BankfraudNigeriaPensioner
Share
Subscribe to our newsletter
Sign up here to get the latest news, updates and special offers delivered directly to your inbox.
You can unsubscribe at any time