Tchad remains a good investment destination of choice for the United Bank for Africa. 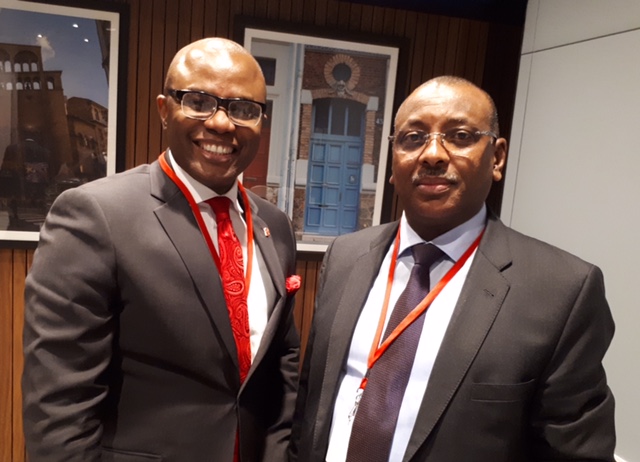 The United Bank for Africa(UBA)Plc was present at the roundtable Forum organized in Paris from September 6 – 8, 2017, by the government of the Republic of Tchad, on the financing of the National Development Plan 2017- 2021.

The Forum was opened and closed by the Tchadian President, His Excellency, Idris Deby Itno. In attendance were the President of Mauritania, His Excellency Mohamed Ould Abdel Aziz, all the Tchadian cabinet ministers, representatives from various governments including the governments of Japan, Canada, the U.S.A, Saudi Arabia, Switzerland and from the African Union, AfDB, EU, IMF, the IFC and many others.

Iweriebor who spoke at a session during the forum stated that UBA’s decision to invest in Tchad a decade ago turned out to be a very sound investment decision. ‘UBA Tchad has contributed to the growth of the Tcahdian economy through financing infrastructure, a critical lever in sustainable development’. He went further to explain that UBA Tchad is one of the Pan-African bank’s high performing subsidiaries in Africa and encouraged potential investors to look into Tchad as an investment destination.

With presence in 19 African countries and in London, Paris and New York, UBA has supported several projects in Tchad including a 60 Mega Watt Central Electricity power plant in Farcha. UBA contributed $18.5million and led the syndication that raised $80 million for the project resulting in an improvement in the access to electricity in Tchad by 3.9%.

The bank continues to support the government of Tchad in its development initiatives in the areas of infrastructure, Oil and Gas and other key sectors of the economy.

The Forum on the National Development plan saw many organisations and countries pledge support to Tchad with about $20 billion having been raised.

Ending the forum, President Itno thanked all the people and organisations present who had come to support Tchad, promising that the administration was going to put in the maximum effort to ensure that the development plan is successful. ‘This administration is a transparent one that is working with partners to ensure successful implementation of all the projects. It is the responsibility of the government to lead the country to sustainable development’ he said.

TchadUnited Bank for Africa
Share
Subscribe to our newsletter
Sign up here to get the latest news, updates and special offers delivered directly to your inbox.
You can unsubscribe at any time