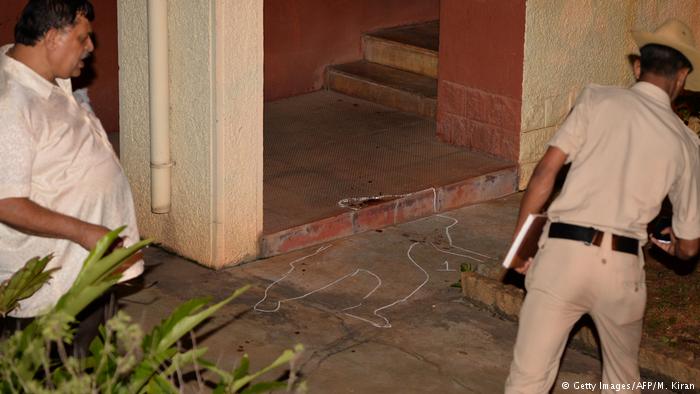 [dropcap]P[/dropcap]olice in the Indian city of Bangalore said assailants fired multiple times at journalist Gauri Lankesh as she walked from her car to her home on Tuesday.

The three attackers, who were on motorbikes, quickly fled the scene and Lankesh died “instantaneously” after two bullets hit her chest and one her forehead, according to a Press Trust of India (PTI) report.

Top police officer R.K. Dutta said it was too early to say who killed her. He said he had met Lankesh recently, but she did not mention any threat to her life.

The 55-year-old, who edited a weekly tabloid newspaper in the local Kannada language, was an outspoken critic of right-wing Hindu extremism.