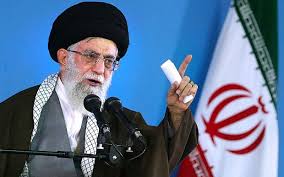 Iranian media reports say a bus crash has killed 12 people, all but one of them schoolgirls travelling to the southern city of Shiraz for a sports and cultural event.

Reports said the bus carrying 45 female students overturned early on September 1 on a road linking the town of Darab to Shiraz, some 1,100 kilometers south of Tehran.

The driver and 11 passengers were killed.

The other girls were injured and taken to hospitals, at least 10 of them in critical condition, state television said.

Reports said the girls, mostly of junior-high-school age, were on their way to a national conference of talented students in Shiraz.

With some 17,000 annual deaths, Iran has one of the world’s worst traffic safety records.

IranSTUDENTS
Share
Subscribe to our newsletter
Sign up here to get the latest news, updates and special offers delivered directly to your inbox.
You can unsubscribe at any time