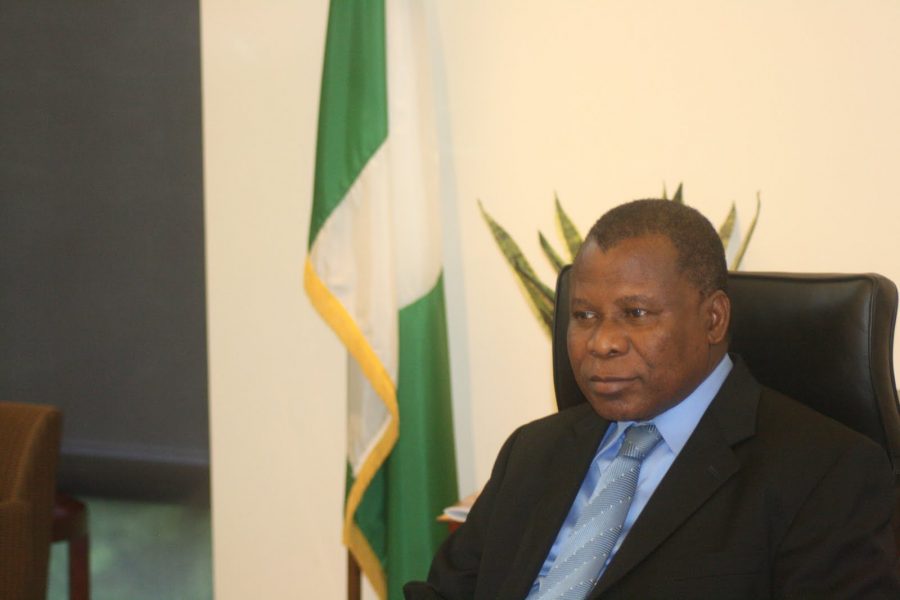 [dropcap]I[/dropcap]t’s been two years since the country bid an emotional farewell to Ambassador Adebowale Adefuye.  On his death anniversary, social media pays homage to the diplomat, teacher and inspirational leader by sharing his wonderful words and pictures on Facebook and Twitter.

Known as the History teacher Prof Adefuye died on August 27, 2015, of a heart attack in Washington, DC.

Describing relations between Nigeria and the United States, Adefuye in an interview with Per Second News in 2015 said “Historically, we’ve had a love-hate relationship with the United States. We are of strategic importance to America; that no-one can deny. They want us to be a bastion of democracy, a peaceful nation. If we’re not, they get very angry.”

Prof Adefuye was severally faced with  austere budget cuts by the then Goodluck Jonathan administration. At a point the embassy of Nigeria in Washington was plunged into darkness as Power giant, PEPCO, cut off electricity to the whole building.  Phone companies also cut lines to the embassy, as the ministry of finance starved the embassy of funds.

The problem was particularly pressing for the late Adefuye, who against all odds succeeded as one of the best diplomat in Washington.

Adefuye’s legacy stretches far beyond the U.S .Most Nigerians also might not realize that he had a diplomatic success in Jamaica that was equally as crucial as his exploits in the U.S and Commonwealth. He preserved Nigeria’s alliance with the Jamaicans and also taught Nigeria’s history in Jamaica’s institutions.

Professor Adefuye  had an enthusing and enriching narrative that offers a lot of hope, especially among young people fighting hard to make it someday.

Adebowale AdefuyeAmbassadorNigeria
Share
Subscribe to our newsletter
Sign up here to get the latest news, updates and special offers delivered directly to your inbox.
You can unsubscribe at any time

Osinbajo receives members of US Congress