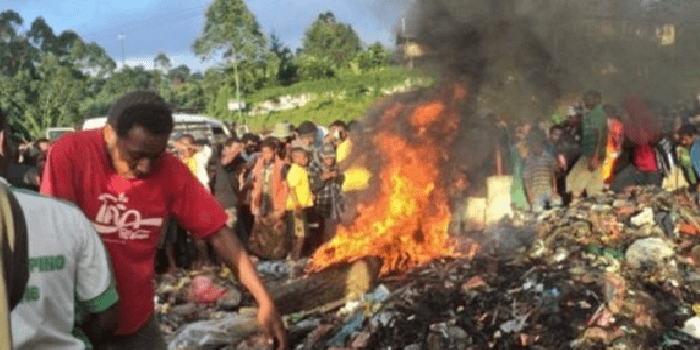 AFP—Thirty-two men appeared in court in Tanzania on Monday accused of burning five women alive on the belief that they were “poisoners” or witches, a court official said.

The men, aged between 18 and 75 and including some local officials in the region of Uchama, 50 kilometres southeast of Mount Kilimanjaro, are due on trial on September 4, said the official at the district court in Nzega.

“Today the prosecutor argued that the 32 men participated in the killing of the five women by beating them before burning them until death,” on July 27, the source said.

Some of the accused pleaded guilty and some not guilty at Monday’s hearing, which was held to prepare for the start of the trial in September.

It is not rare in Tanzania for people accused of being witches to be killed.

In this case those in the dock accused the five women of having “poisoned” other people, the judicial source said, requesting anonymity because he was not authorised to speak on behalf of the court.

TanzaniaWitches
Share
Subscribe to our newsletter
Sign up here to get the latest news, updates and special offers delivered directly to your inbox.
You can unsubscribe at any time