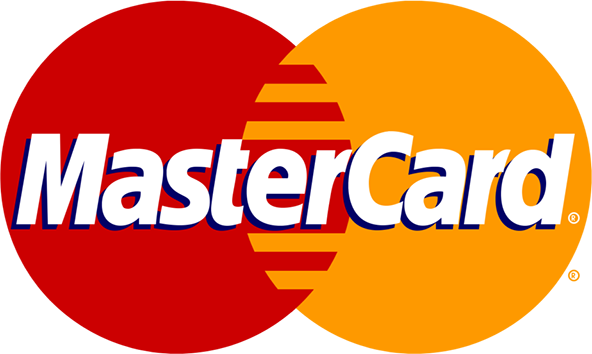 When thinking about the cities of the future, I know that they will be more connected, and I strongly believe that they must be more inclusive. We can’t have the Internet of Everything without the Inclusion of Everyone. Already today, a growing number of cities are using smart technologies to better connect people to places and to each other – and more importantly also connecting people to opportunities for better and safer lives.

Unfortunately, what still causes a significant amount of friction in our cities and prevents inclusive growth is the dominance of cash. In fact, close to 85 percent of all consumer payments in the world are still done with cash or checks. This means that far too many people are trapped by default in an informal economy. They lack the financial services to guard themselves against risk, save for themselves, plan for their children’s futures, and build better lives.

Two years ago, Mastercard set a global goal to bring 500 million people into the financial mainstream by 2020. And we’re well on our way to doing that. In just a few short years, we have helped connect more than 300 million people through partnerships with banks, governments, retailers, and NGOs. We’re also working with our partners to enable and grow 40 million small merchants and micro-entrepreneurs because it’s not just individuals that are too often trapped in a cash economy – stores lose billions of dollars every year to leakage and theft.

It’s no secret that the world is becoming more urban. The UN estimates that within the next generation, the number of people living in cities will jump from 50 percent today to almost 70 percent.

Already today, cities are grappling with the challenges that come with their growth. Congestion, pollution, and poverty are features of many of the world’s major cities, and it will take a collaborative effort by the public and private sector to meet these challenges.

We have seen progress, and there are some common themes around how we can leverage technologies and partnerships to move toward more connected, more inclusive cities.

The key approach is to tackle those sectors in our cities that have high levels of everyday cash usage, and one of these areas is mass transit. About 65 percent of all urban transportation is still paid in cash, which adds up in significant operational costs to transport providers and puts drivers and passengers at risk of getting robbed.

In over 100 cities around the globe (including London, Singapore, Bogota and New York), Mastercard users are paying their train or bus fare simply by tapping their card or swiping their phone. Only a couple of weeks ago, Sydney became the first city in Australia to introduce contactless payments for public transport – no more queuing in front of tickets booths, topping up cards, or fumbling for cash.

In London, already 40 percent of daily pay-as-you-go journeys on the city’s underground, buses, and commuter rails are paid by contactless cards/phones – which has dropped Transport for London’s cost of selling tickets from 14 to 9 percent of the fare and has saved them over 100 million pounds in cash related costs.

Once payments are digitized, data insights help city governments better understand and connect with their citizens. In Chicago for example, UI LABS, is bringing technology and transportation providers together to find ways to better balance transit supply and demand across a city.

When people use their cards for public transport, this can help form a habit of paying electronically in shops and stores as well which can be a critical factor for enabling broader financial inclusion. For instance, those living in a cash economy face significant risks when it comes to putting away money for savings. This lack of savings then makes it challenging for people to access lower priced weekly or monthly tickets, instead of more expensive daily tickets.

This is why a few weeks ago, the Government of Mexico City announced its plans to launch a debit card that can be used for both transit payments as well as every day purchases, and potentially social disbursements.

In most parts of the world, small businesses account for well over 90 percent of all enterprises. However, small and micro entrepreneurs have historically been underserved when it comes to their ability to accept electronic payments. For a small market vendor, bigger tickets and additional sales from someone using their card instead of cash are important steps on the economic ladder, which are typically followed by better access to credit.

There are various ways to address this. One is by turning a seller’s mobile phone into a payment terminal. Masterpass QR, which is already available in eight countries in Africa and Asia, is a new electronic payment option that lets customers pay for goods and services from their mobile phones by scanning a QR code displayed at a store’s checkout.

In Kenya, Mastercard is partnering with Unilever to simplify the way smaller stores order and pay for their goods with a wholesaler. Today, this is a very cash intensive process. Digitizing this process will give small entrepreneurs better access to funds, facilitate inventory ordering and management, and provide better sales insights about their business.

Like businesses and individuals, governments make and receive payments. And many governments around the world choose electronic methods for things like procurement, social benefit payments, or tax collection. Electronic payments are not only more efficient and more transparent, they’re also a great way to lead by example.

At Mastercard, we have partnered with over 60 governments globally to deliver more than 1,600 scalable cashless programs in various cities and communities around the world. In the Middle East and Africa, we have joined forces with public institutions on solutions that link a government identity with payments and enable people to become financially included on a massive scale. In Egypt, the government plans to extend financial inclusion to over 54 million citizens through a digital National ID program.

But what’s most important for many people, is that this may be the first time they see their name printed on a financial instrument. This gives them a financial identity, and it may give them the first chance to move out of the cash economy into the formal economy.

Technology as the Great Enabler

Simplifying access to public transport, empowering small and micro businesses, promoting cashless programs – what these three areas have in common is that technology works as a great enabler. While the know-how exists to solve many of the world’s most pressing problems, no one can meet these challenges on their own. It takes partnerships across businesses, governments, NGOs and academia to advance more connected and more inclusive cities – and to build healthier, safer and more prosperous communities.

Carlos J. Menendez is president, Enterprise Partnerships, for Mastercard. In this role, Mr. Menendez is responsible for expanding the company’s operations globally with partnerships in the Smart Cities, Retail, Travel and Banking space.

Mastercard, www.mastercard.com, is a technology company in the global payments industry. We operate the world’s fastest payments processing network, connecting consumers, financial institutions, merchants, governments and businesses in more than 210 countries and territories. MasterCard’s products and solutions make everyday commerce activities – such as shopping, traveling, running a business and managing finances – easier, more secure and more efficient for everyone. Follow us on Twitter: @MasterCardMEA and @MasterCardNews, join the discussion on the Beyond the Transaction Blog and subscribe for the latest news on the MEA Engagement Bureau.