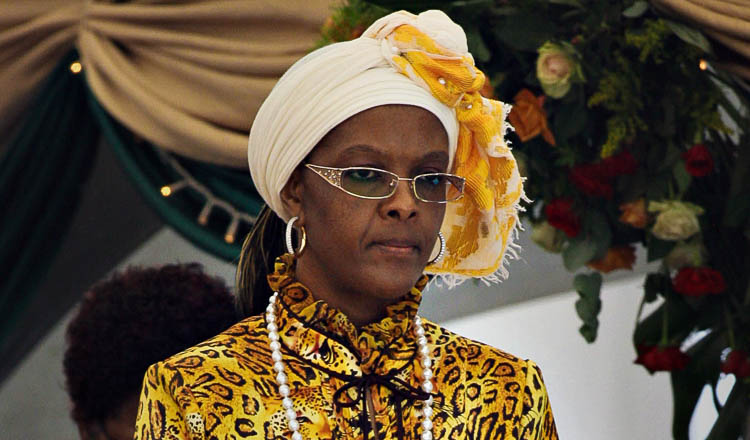 Police had placed border posts on “red alert” to prevent her from leaving but South Africa’s international relations minister said she had granted diplomatic immunity to the wife of Zimbabwe’s 93-year-old President Robert Mugabe.

“I hereby recognize the immunities and privileges of the First Lady of the Republic of Zimbabwe, Dr Grace Mugabe,” the minister, Maite Nkoana-Mashabane, said in a notice published in South Africa’s Government Gazette on Sunday.

Nkoana-Mashabane’s order, signed on Saturday, has gone down badly in online forums in South Africa, where August has been designated Women’s Month to highlight concerns around gender violence and abuse.

The opposition Democratic Alliance said it would call for a parliamentary inquiry into the affair, while advocacy group Afriforum said it would challenge the government’s decision.

“We will now take the decision on review and to see if we can have the immunity revoked,” its legal affairs spokesman Willie Spies said.

The group has given legal backing to Gabriella Engels, the woman behind the assault allegation, and is working on the case with Gerrie Nel. He was the prosecutor who secured a murder conviction against Olympic and Paralympic star Oscar Pistorius.

Engels has accused Grace Mugabe of whipping her with an electric extension cable a week ago as she waited with two friends in a luxury hotel suite to meet one of Mugabe’s adult sons.

The model’s mother Debbie Engels told Reuters her daughter suffered a gash on her forehead that required eight stitches and another on the back of her head that needed six.

Grace Mugabe
Share
Subscribe to our newsletter
Sign up here to get the latest news, updates and special offers delivered directly to your inbox.
You can unsubscribe at any time